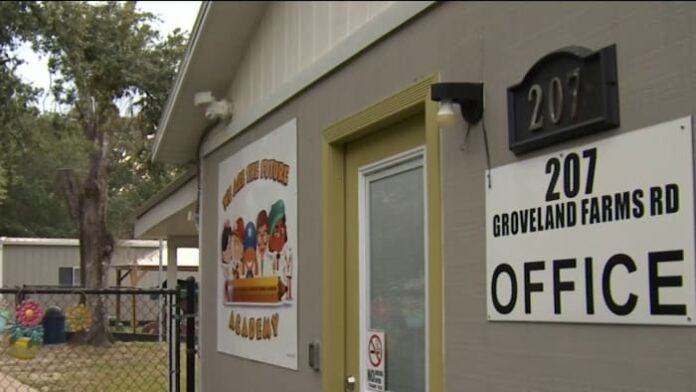 GROVELAND, Fla. – The man who was shot during a fistfight at a Groveland day care center has died, according to a news release from police.

Groveland police identified the man as Stephen Anderson on Friday.

Officers said they were called to We Are The Future Academy, 207 Groveland Farms Road, Thursday at 4:20 p.m. after the gunfire.

See our previous coverage in the media player below:

The owner of the day care, Lisbel Rodriguez, said two brothers-in-law picked up their children and got into a fight outside the office. One of them had already picked up his child and was leaving the center when he passed by the other family member outside the day care. Rodriguez said a fistfight ensued followed by a gunshot.

Children were playing on the playground when employees heard a gunshot, and workers scrambled to bring the children inside, according to Rodriguez.

Afterward, the owner said she put the entire day care center on lockdown to keep anyone else from getting hurt.

She said she went outside through a separate building and saw a man suffering from a gunshot lying in some bushes near the office.

Police said Anderson was flown to the hospital where he later died from a single gunshot wound.

Rodriguez said the shooter didn’t run away or drive off, he went to his car and waited for police.

Investigators have not given the name of the man who pulled the trigger or said whether he will face any charges.

“This continues to be an active investigation by the detectives of the Groveland Police Department, and we are working closely in cooperation with the Office of the State Attorney,” police said in a statement.