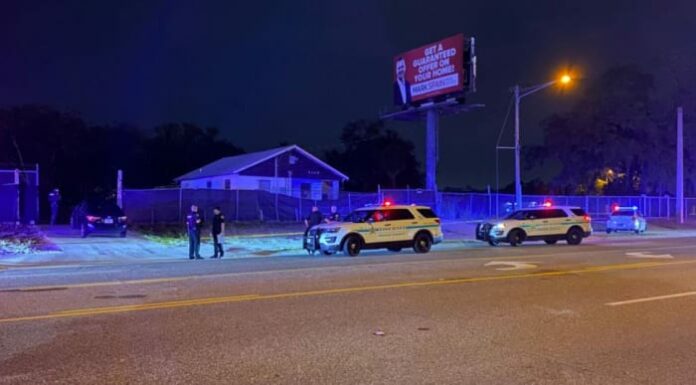 ORLANDO, Fla. – A man was killed early Tuesday in a domestic shooting in Orange County, and a woman is cooperating with deputies, sheriff’s officials said.

The fatal shooting was reported at 2:49 a.m. on Clarcona Ocoee Road and Edgewater Drive, north of Orlando.

According to the Orange County Sheriffs’ Office, a man in his 40s was shot during a domestic dispute. The man was pronounced dead at the scene, deputies said.

Officials did not say who shot the man. A woman who knew him stayed at the scene and was speaking to deputies, sheriff’s officials said.

No other details have been released.

An investigation is ongoing.

Deputies say a man in his 40s was shot and killed just before 3 a.m.

According to investigators, a woman known to the man stayed at the scene and is cooperating. pic.twitter.com/x2dHyoPzty