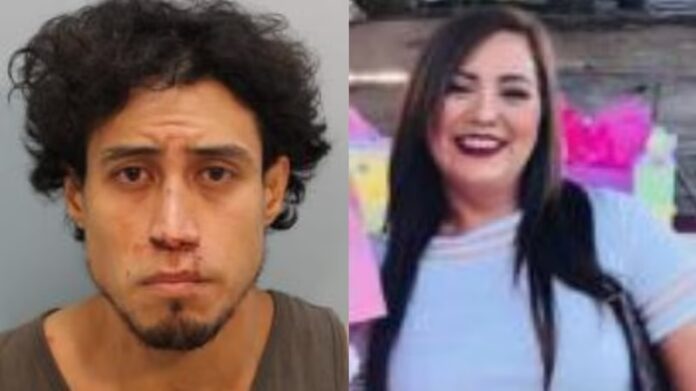 HARRIS COUNTY, Texas — A man in Houston, Texas has been sentenced to 35 years in prison for reportedly strangling his wife to death in 2020, officials say.

In a news release, Harris County District Attorney Kim Ogg announced that Arnold S. Garcia, 32, has pleaded guilty in exchange for a 35-year prison sentence for the murder of Elizabeth Hernandez on Sept. 20, 2020. The Harris County District Attorney Kim Ogg said that the exchange happened the day before a jury was to be selected in his murder trial.

Garcia strangled his wife, Hernandez, 30, to death in 2020, according to KHOU.

“This was a wife and mother who was well loved by friends and family and who was killed while trying to get out of an abusive relationship,” Ogg said in the news release. “It is far too common to see domestic violence escalate into a murder, especially when a victim is trying to get out.”

On Sept. 20, 2020, Garcia reportedly called 911 and told police that he had killed his wife at their apartment, according to KHOU. The apartment was located in Harris County along Philippine Street.

When Harris County Precinct 4 deputy constables arrived at the apartment, they reportedly found Garcia with a bloody nose, scratches on his neck, marks on his elbow, and blood on his hand, according to KHOU. He told investigators that he shot and killed his wife and claimed self-defense. He also stated it had happened three hours earlier.

Friends and family reportedly told investigators that Hernandez was trying to leave her husband because he was abusive, according to Harris County District Attorney Kim Ogg.

Hernandez and Garcia had two children together, according to KHOU. Hernandez also had three other children from a different relationship.

“Friends and family, including her children, were ready to testify against Garcia because of everything he did,” said Assistant District Attorney Anthony Osso, who prosecuted the case in the news release. “She was a kind and caring mother who loved her children and whose children loved her. Her death was an incredible tragedy.”

Harris County District Attorney Kim Ogg said that Garcia was arrested in 2009 for stabbing a girlfriend in the leg with a key. He pleaded guilty in that case. he then went through deferred adjudication probation.

No further information has been released.