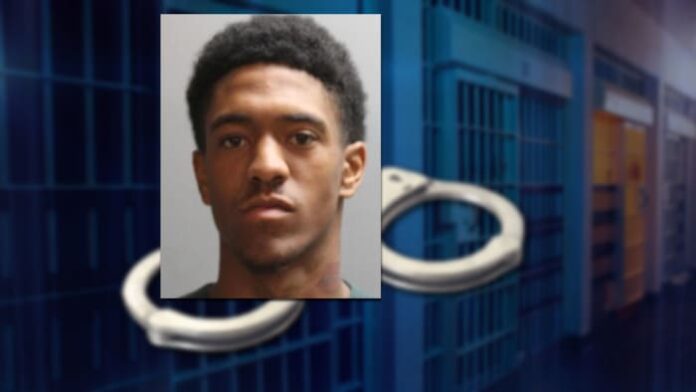 Police officers were called to the area of East 32nd Street and North Main Street just before 12:15 p.m. Friday after reports of a shooting.

They found a 24-year-old woman who had been shot, and she was taken to the hospital by paramedics. She was in serious but stable condition.

Officers and detectives determined some sort of altercation occurred between several individuals and Reginal Graves, who began firing, investigators said. Within hours of the shooting, detectives and patrol officers found Graves and took him into custody.

He was charged with two counts of attempted murder, possession of a firearm by a convicted felon, and shooting into an occupied dwelling.