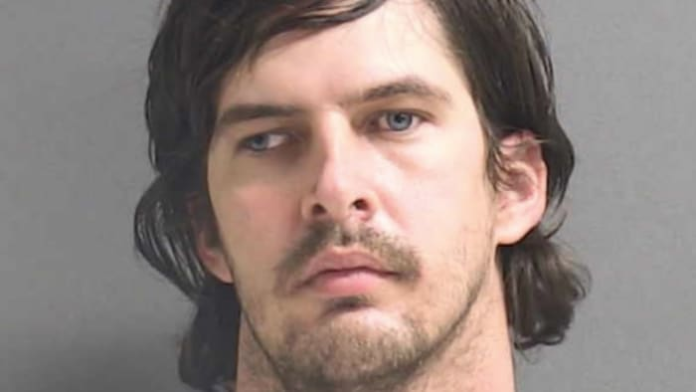 VOLUSIA COUNTY, Fla. – A man accused of stalking at least three women will spend the next 15 years behind bars for violating his probation from a 2017 attempted kidnapping charge.

According to the state attorney’s office, Johnathan Buchanan was sentenced by a judge Friday.

Buchanan was arrested in December after three women came forward claiming he had been following them.

Deputies said the investigation into Buchanan began when they received a call on Monday, Nov. 22, from a woman who claimed that a man in a silver Dodge Caliber had followed her while she was jogging in the area of Community Drive and South Shell Road in DeBary. The woman said the man rolled down his window and tried to talk to her as she jogged, records show. The man only stopped when the woman made contact with a group of construction workers, according to deputies.

See our previous coverage in the media player below:

The woman was able to provide the car’s license plate number, which, according to deputies, showed that the car was registered to Buchanan.

Buchanan was on probation for a 2017 attempted kidnapping in which he tried to speak with a 16-year-old girl, then covered her mouth with his hand and tried to force her into his car, records show. That victim managed to get away and Buchanan was arrested.