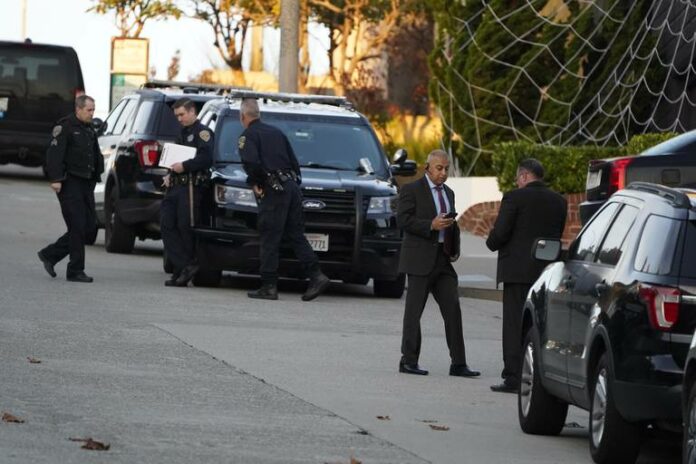 The Berkeley man suspected in the attack on House Speaker Nancy Pelosi’s husband has a history of inflammatory social media posts tying conspiracy theories to the COVID pandemic and 2020 presidential election.

San Francisco police on Friday identified David Depape, 42, as the man suspected of breaking into Pelosi’s San Francisco home early Friday morning and shouting “Where’s Nancy?” before attacking her husband Paul Pelosi with a hammer. Nancy Pelosi was in Washington and not at home.

A blog, which lists Depape as the author, includes a flurry of posts slamming “woke racists,” proclaiming that Hitler “did nothing wrong,” and lauding podcaster Joe Rogan.

A main focus of Depape’s anger in recent weeks also appears to be social media restrictions. “Tech giants and private industry would be so powerful they could single handedly silence the people,” he wrote on his blog. The blog site, which is now removed, was titled: “Welcome to Big Brothers Censorship hell”

“I really don’t know what to think,” the suspect’s uncle, Mark Depape told CNN. “Hopefully it’s a scam. I don’t want to hear something like that.”

Depape’s name turns up in a series of local news articles connected to Oxane “Gypsy” Taub, a longtime Bay Area nude activist, who once attempted to hold a naked wedding in front of San Francisco City Hall. A 2008 article in The Oakland Tribune said Depape had three children with Taub.

A 2013 San Francisco Chronicle article referred to Depape as a “hemp jewelry maker and father figure” who doubled as best man at Taub’s wedding. Depape also attended a 2013 “nudity ban protest,” in 2013, according to a story in Indybay, an independent news site.

Linda Schneider, a Bay Area resident, told CNN she has known Depape for about eight years. Depape has housesat at her home, Schneider said.

She said Depape had lived in a storage unit in the Berkeley area and struggled with drug use but was “trying to create a new life for himself,” according to CNN.

Schneider said Depape later sent “really disturbing” emails. He sounded like a “megalomaniac and so out of touch with reality,” she said.

Depape “seemed so dangerous,” she said, claiming that Depape “using biblical justification to do harm.”