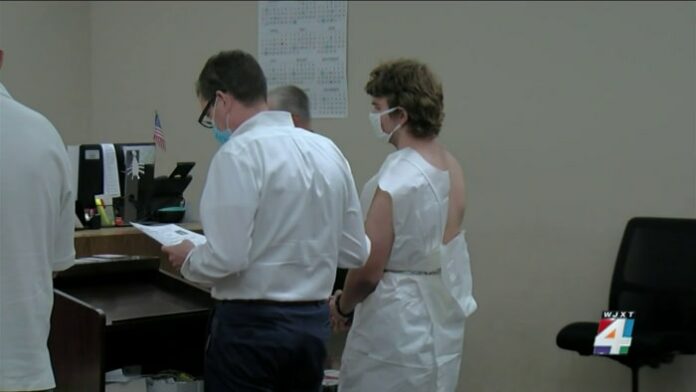 Local activists are speaking out after the horrific mass shooting in Buffalo, New York.

It’s being investigated as a hate crime.

After speaking with civil rights activists — one of whom is a survivor of white supremacy — they say it’s important for everyone to see who this person is, no matter how uncomfortable it may be.

Payton Gendron, 18, laid out his plan in an alleged 180-page document.

Reports say in the document he calls himself a fascist and white supremacist.

He chose the city closest to him that had the most black people.

He wanted to kill as many black people as he could.

Saturday, he drove three hours to a grocery store in Buffalo, and allegedly shot and killed 10 people, and injured three.

Civil rights activist Rodney Hurst said he experienced the violence of white supremacy as teen while trying to integrate lunch counters during the civil rights movement – and said he’s never surprised by racially motivated violence in this country.

“Guns in the hands of racist white folk, here, black folk,” Hurst said. “And that has happened since the founding of this country.”

In the document written by the alleged gunman, he mentions the “Great Replacement Theory.”

“I don’t see any difference between that theory and the theory that the Klan had, when they were terrorizing black people,” said Michael Sampson, executive director of the Jacksonville Community Action Committe. “It’s this belief that if people are free, they will take over.”

The Anti-Defamation League is a group aiming to stop the defamation of Jewish people and to secure justice for all, says the theory was adopted and promoted by white supremacists who want to “secure the existence of their (our) people and a future for white children.

Hurst says he believes the theory is embedded in the minds of racist white people.

“There will be those who will either say that he needs some mental health,” Hurst said. “Well, racism is a sickness. And a lot of white folk in this country are infected with that racism. And they don’t want it any other way. So when you ask, ‘where do we how do we go forward?’ We’re going to continue to do the same things in this country. As long as racism is beneficial to white folk.”

USA Today reports that the gunman threatened an attack at his high school last year, which resulted in a mental health evaluation.

The results of the evaluation are unknown.

Sampson said this shooting could’ve been here and the gunman was on a mission.

“I can only imagine, you know, him going up to a black supermarket like off like Harvey’s off of Moncrief for a lot of black people,” Sampson said. “And just, like just targeting people at will, you know, having the N-word in his rifle.”

In Gendron’s 180-page document, there are also references to other mass shootings and targeted attacks.

Sampson says the connections are clear.

“So these folks like Dylann Roof, like this shooter in Buffalo, they are essentially the foot soldiers of this ideology,” he said. “And they’re not waiting for the politics of passing laws to be what you know, pushes this narrative. They’re taking the taking the gun into their own hands to try to push an outcome.”