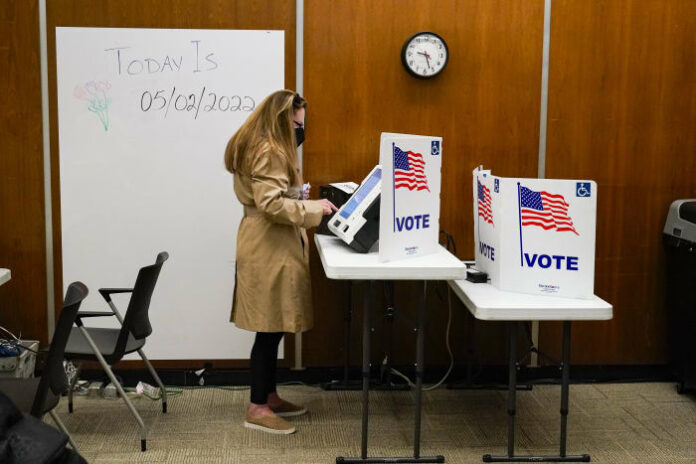 COLUMBUS, Ohio — One of the most contentious and closely watched U.S. Senate primaries in the country takes place in Ohio.

Republicans will vote Tuesday to decide a race that’s an early referendum on former President Donald Trump’s hold on the GOP as the midterm primary season kicks into high gear.

The winner is likely to face 10-term Democratic Rep. Tim Ryan, who’s distanced himself from the progressive wing of his party ahead of what’s expected to be a brutal year for Democrats seeking to hold their congressional majorities.

Incumbent Republican Gov. Mike DeWine appears on track to secure his party’s nomination for another term.

And in Indiana, more than a dozen state House members are trying to hold off Republican primary challengers who want to push the Legislature further to the right.

Tuesday’s primary races mark the first multistate contest of the 2022 midterm season and will serve as the most clarifying test to date of Trump’s ongoing influence in his party more than a year after leaving office under the cloud of two impeachments and the Jan. 6 insurrection.

HERE’S WHAT TO WATCH:

2022 midterms: What to know about Ohio, Indiana primaries