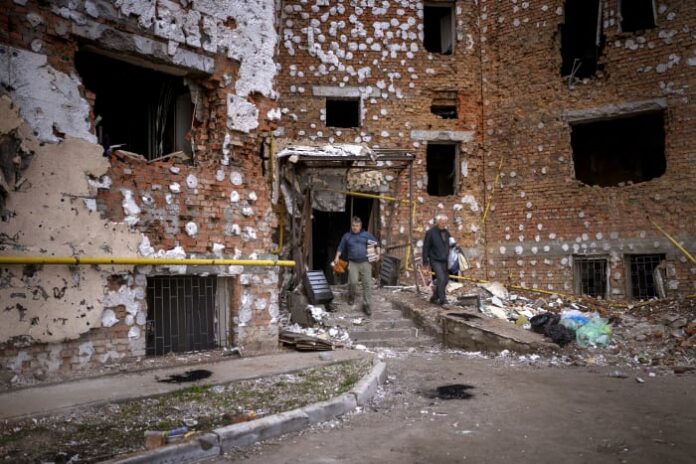 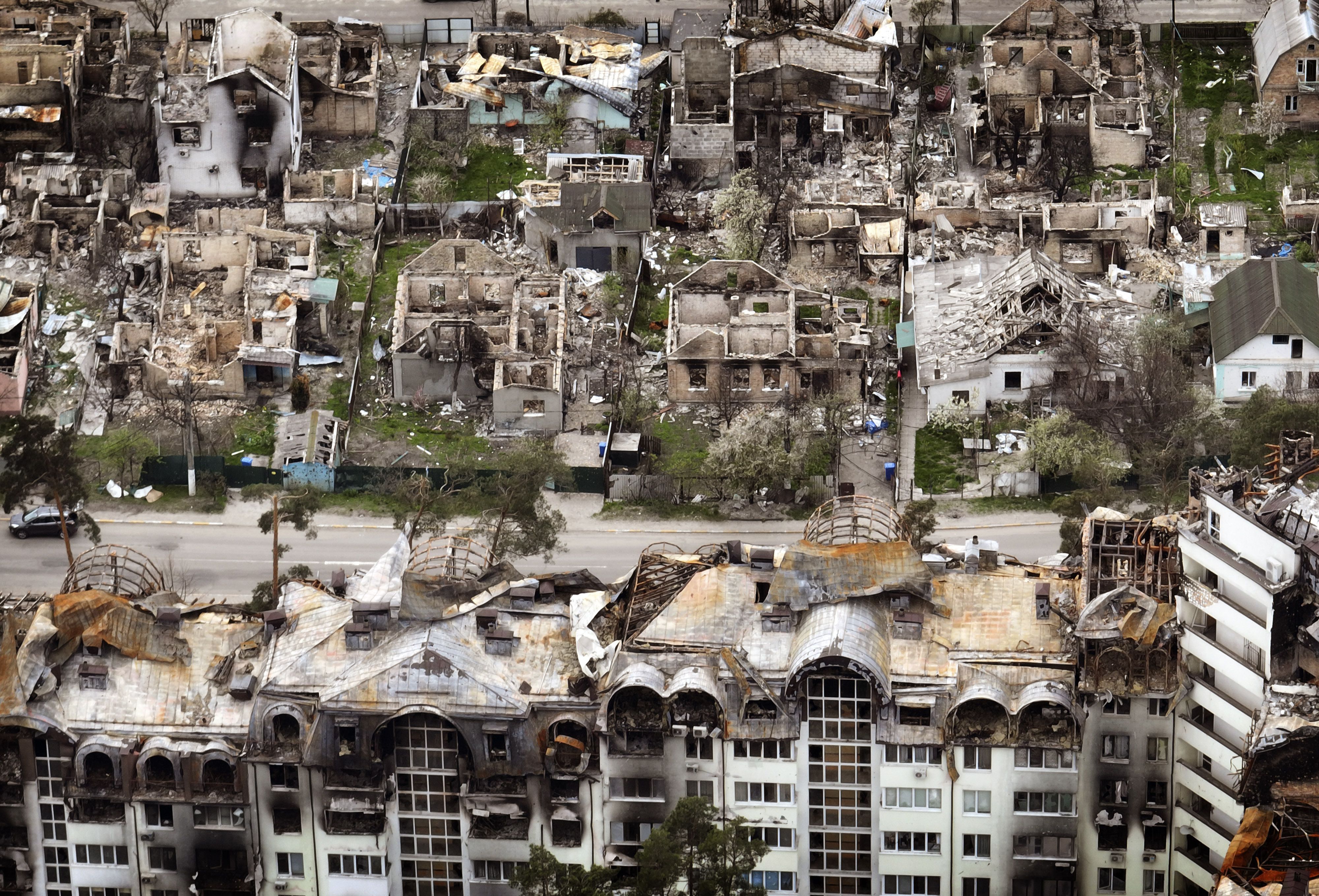 Zelenskyy told the delegation: “You all are welcome.”

Pelosi later said: “We believe that we are visiting you to say thank you for your fight for freedom. We are on a frontier of freedom and your fight is a fight for everyone. Our commitment is to be there for you until the fight is done.”

The visit was not previously announced.

— Some Ukrainians go back across front line toward homes, despite dangers

Blinken made the comment while speaking to Ukrainian Foreign Minister Dmytro Kuleba. An overnight statement Sunday said Blinken told Kuleba that America “plans to return to Kyiv as soon as possible.”

He said diplomats had been making “initial visits” to Lviv to prepare.

The U.S. evacuated its embassy in Kyiv in February just before Russia launched its war on the country. The U.S. had been bringing diplomats across the Polish border each day to work in Lviv, a city in western Ukraine some 470 kilometers (290 miles) away, before stopping the practice.

Lviv has largely been spared in the conflict, though a missile strike several days ago targeted a railroad facility near the city.

The U.S. is one of Ukraine’s main backers in the war, providing billions in aid and weaponry.

LVIV, Ukraine — The British military says the Russian ruble will be used as currency in a Ukrainian city that Moscow seized earlier in the war.

The British military wrote that the city of Kherson will begin a four-month transition from the Ukrainian hryvnia to the ruble starting Sunday. The British Defense Ministry said the move is “indicative of Russian intent to exert strong political and economic influence in Kherson over the long term.”

It added: “Enduring control over Kherson and its transport links will increase Russia’s ability to sustain its advance to the north and west and improve the security of Russia’s control over Crimea.”

Kherson is some 450 kilometers (280 miles) southeast of the Ukrainian capital, Kyiv. Russia seized the city just across the Crimean Peninsula in early March.

KYIV, Ukraine — Ukrainian President Volodymyr Zelenskyy switched into Russian in his nightly video address to urge Russian soldiers not to fight in Ukraine, saying even their generals expected that thousands of them would die.

He said Russia has been recruiting new troops “with little motivation and little combat experience” for the units that were gutted during the early weeks of the war so these units can be thrown back into battle.

He said Russian commanders fully understand that thousands of them will die and thousands more will be wounded in the coming weeks.

“The Russian commanders are lying to their soldiers when they tell them they can expect to be held seriously responsible for refusing to fight and then also don’t tell them, for example, that the Russian army is preparing additional refrigerator trucks for storing the bodies. They don’t tell them about the new losses the generals expect,” Zelenskyy said late Saturday.

“Évery Russian soldier can still save his own life. It’s better for you to survive in Russia than to perish on our land,” he said.

The incident happened late Friday in the Baltic Sea near the island of Bornholm.

In a statement Saturday, the Swedish Armed Forces said a Russian AN-30 propeller plane flew toward Swedish airspace and briefly entered it before leaving the area.

Sweden and neighboring Finland are both considering NATO membership following Russia’s invasion of Ukraine. Moscow has warned that such a move would have consequences, without giving specifics.

LONDON — Britain’s Prime Minister Boris Johnson discussed the progress of the U.N. effort to evacuate people from the besieged Ukrainian city of Mariupol and “offered the U.K.‘s continued economic and humanitarian support” during a talk Saturday with Ukraine’s President Volodymyr Zelenskky.

“The prime minister reiterated that he is more committed than ever to reinforcing Ukraine and ensuring (Russian President Vladimir) Putin fails, noting how hard the Ukrainians are fighting for their freedom,’’ Johnson’s Downing Street office said.

“He confirmed that the UK will continue to provide additional military aid to give the Ukrainians the equipment they needed to defend themselves,” the statement said.

The United Nations has been attempting to broker an evacuation in the port city where some 100,000 civilians remain. Up to 1,000 civilians are living beneath a Soviet-era steel plant in Mariupol, according to Ukrainian officials.

Ukraine has not said how many fighters are also in the plant, but the Russians put the number at about 2,000.

In a Telegram post, Ukraine’s Operational Command South said there was no way that the Odesa runway could be used as a result of the rocket attack.

Odesa’s regional governor said that the rocket was fired from Russian-occupied Crimea. Maksym Marchenko said there were no reports of any injuries.

Russian forces have embarked on a major military operation to seize significant parts of southern and eastern Ukraine, the country’s industrial heartland, and capture the country’s Black Sea and Sea of Azov coasts.

KYIV, Ukraine — Ukraine’s national grid operator says it has has restored “reliable” power supply in the Chernobyl Exclusion Zone, around the site of the 1986 nuclear reactor disaster.

“In the afternoon, the last necessary 330 kV power transmission line was put into operation,” the state-owned Ukrenergo wrote in a Telegram post Saturday.

According to the same post, Ukrenergo also restored another 330 kV line in the northern Kyiv region last night, helping stabilize the energy supply in the capital. It said the reconstruction of further transmission lines in and around Kyiv remains underway.