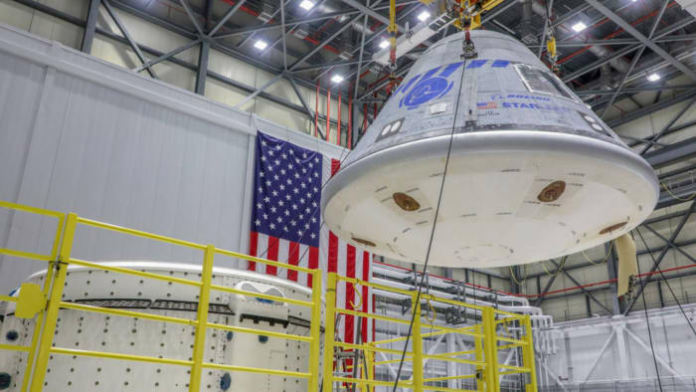 CAPE CANAVERAL,. Fla. – NASA and Boeing are scheduled to hold a teleconference Tuesday to discuss the upcoming test flight of the Starliner space capsule, the competitor to SpaceX’s Crew Dragon.

The media teleconference to discuss the Orbital Flight Test 2 is set for noon and will be streamed in the media player at the top of this story when it happens.

The mission is set for launch on Thursday, May 19, from Launch Complex-41 at Cape Canaveral Space Force Station.

The Starliner capsule will be uncrewed for this test flight and will launch atop a United Launch Alliance Atlas V rocket.

The capsule is set to travel to the International Space Station and dock before a return to Earth, landing in one of five designated landing zones in the western part of the U.S.

If the test flight is successful, NASA and Boeing will then plan a Crew Flight Test, which will be Starliner’s first mission with astronauts on board.

This will be Starliner’s second test flight, after a malfunction caused the space capsule to miss a key maneuver during its first flight in 2019, preventing it from reaching the I.S.S. and forcing it to land in the desert.

Boeing had hoped for a second test flight in 2021, but it was delayed when moisture found its way into the capsule’s service module ahead of a planned launch in August, which combined with oxidizer to make corrosion-causing nitric acid. The process led to 13 of 24 valves in the service module becoming “stuck” and ultimately scrubbed the liftoff atop an Atlas V rocket from Cape Canaveral Space Force Station.