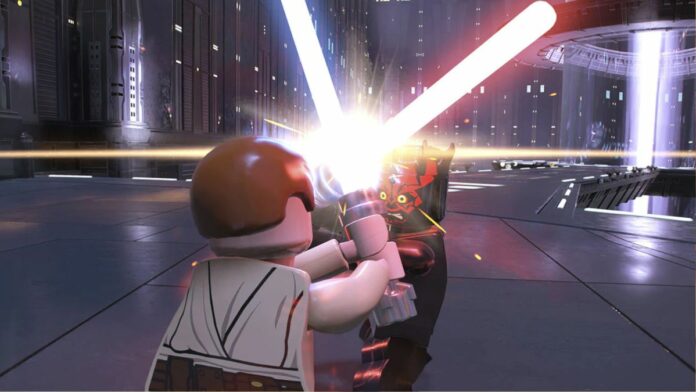 May the 4th, or Star Wars Day, has rolled around once more and, as part of the celebrations, two new character packs for Lego Star Wars: The Skywalker Saga have been released.

Both packs can be purchased individually but they’re also part of the Character Collection Pack, which now comprises seven character packs in total.

New legendary characters have landed in the galaxy! Who will you play as first? #Maythe4th #LEGOStarWarsGame pic.twitter.com/ZXTC7Iro8ZMay 4, 2022

The base game already included hundreds of unlockable characters from across the nine Skywalker Saga films on release but these DLC character packs add familiar faces from other stories in the Star Wars universe.

Previous packs which have been released over the last month, for instance, feature characters from The Mandalorian season one, Rogue One, and Solo, as well as various Troopers and Classic characters. Just as with today’s new releases, these packs can be purchased individually or all together in the Character Collection Pack.

Lego Star Wars: The Skywalker Saga launched only a month ago, on April 5, for Nintendo Switch, PlayStation 4, Xbox One, Xbox Series X/S, PlayStation 5 and PC. We were impressed by the game and were left hungry for more after ten hours of its “lovingly crafted world”.

With the launch of these two packs, TT Games has now released all of its previously announced post-launch content for Lego Star Wars: The Skywalker Saga. Whether or not it could have any more post-release plans up its sleeve remains to be seen.

Regardless of what the future holds, it’s safe to say that Lego Star Wars: The Skywalker Saga has been a significant success for the studio. In late April, Warner Bros Games announced it to be “the biggest launch in Lego game history”.

As for other Star Wars day announcements, Disney released a second trailer for its upcoming Obi-Wan Kenobi series which is due to start streaming on Disney Plus later this month, while Garmin released a pair of new Vivofit Jr 3 fitness trackers based around characters from The Mandalorian.