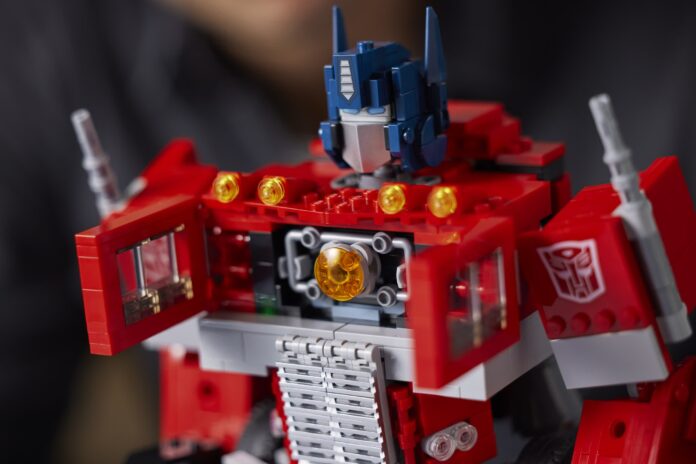 In brief: Fancy acquiring an Optimus Prime collectible but can’t justify spending $750 on the latest creation from Robosen / Hasbro? Fret not as Lego will soon have you covered for far less scratch.

The Lego Optimus Prime set includes 1,508 pieces and is modeled after the G1 Optimus Prime character from the original toy line and animated TV series. The figure can covert from a robot to a truck and back again thanks to 19 points of articulation. It is one of the few Lego sets that is able to covert between two models without having to rebuild.

Set 10302 comes with a host of accessories including an ion blaster, Autobot Matrix of Leadership, an Energon axe, Energon cube and jetpack. You also get a brick-sized plaque detailing Prime’s various attributes.

In robot mode, the model stands over 13.5 inches tall. In truck mode, it’s a touch under six inches tall and 10.5 inches long.

The collaboration marks the first time Lego and Hasbro have worked together on a project.

Lego has been on a roll with pop culture projects as of late. In March, the toy company announced a 3-in-1 DeLorean Time Machine from the Back to the Future series that launched last month. Earlier sets of interest include the NES, the International Space Station, and the Sonic the Hedgehog – Green Hill Zone set. There’s even an Atari 2600 with a playable version of Pitfall! said to be in the works for an August launch.

Lego’s Optimus Prime is recommended for builders aged 18 and above. It arrives on June 1 priced at $169.99.