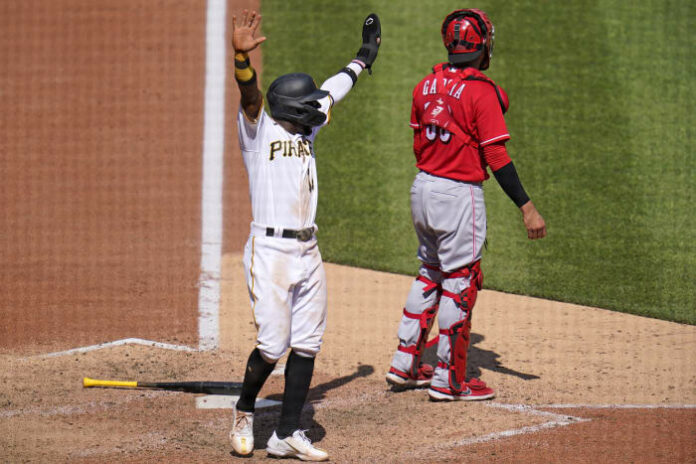 A look at what’s happening around the majors on Monday:

The Pirates head to Wrigley Field seeking a slightly more convincing victory a day after beating the Reds 1-0 despite having zero hits. It marked the sixth time in big league history since 1901 that a team won despite not getting any hits. It last happened in 2008 when Jered Weaver and Jose Arredondo of the Angels lost while holding the Dodgers hitless.

Pittsburgh hadn’t announced a starter for its series opener against the Cubs.

STUCK AT THE BORDER

Mariners manager Scott Servais said “a couple players” won’t make the trip for a three-game series at Toronto because of the Canadian government’s vaccine mandate.

Servais on Sunday did not identify which players will be unavailable. Canada requires anyone entering the country to have received two doses of a COVID-19 vaccine, the second at least 14 days before entry.

Left-hander Roenis Elías was in the clubhouse Sunday, and Servais said the 33-year-old likely will be added to the active roster by Monday. Elias last appeared in the major leagues with Washington in 2019.

Twins star outfielder Byron Buxton is second in the majors with 11 home runs going into the start of this week’s series at Oakland.

Buxton connected Sunday in a 3-1 win over Cleveland. He has a .330 on-base average and a .706 slugging percentage despite missing 12 games this season because of knee trouble.

Minnesota manager Rocco Baldelli says he expects Buxton to keep getting a day off after playing a couple games in a row to deal with swelling with his knee.

The 30-year-old Bryant has been out with a back problem. He’ll be reevaluated after the minor league stint and Colorado hopes he can return for next weekend’s series against the New York Mets.

The four-time All-Star is batting .281 with no home runs and four RBIs in 57 at-bats over 15 games for Colorado. He joined the Rockies this season after signing a $182 million, seven-year contract.