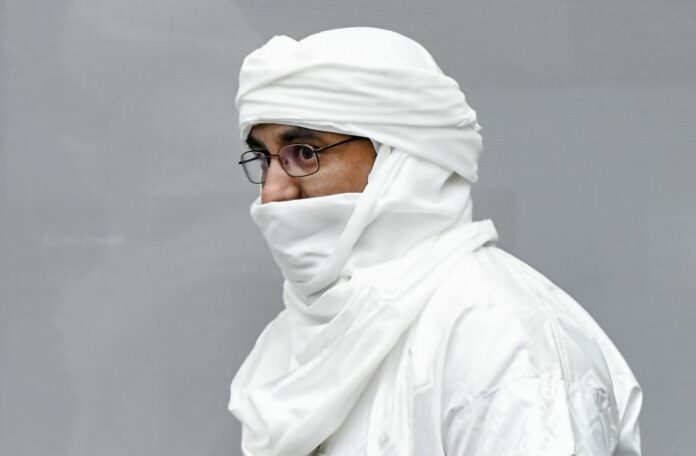 THE HAGUE – A lawyer for an alleged extremist accused of involvement in crimes including rape and torture in the northern Malian city of Timbuktu a decade ago rejected the allegations and said Monday that he was just a police officer carrying out court orders who could have been killed for disobeying.

Prosecutors at the International Criminal Court had argued that the defendant, Al Hassan Ag Abdoul Aziz Ag Mohamed Ag Mahmoud, was a “key figure” in a reign of terror after al-Qaida-linked rebels overran the Malian desert city in 2012.

But defense counsel Melinda Taylor said Al Hassan was merely a member of the Islamic police force, at a time when the Malian authorities were in disarray, who was “obliged to respect and execute the decisions of the Islamic tribunal. This is what the police around the world do.”

Taylor said that had he disobeyed the court orders, he would “have risked being branded a traitor and a spy,” and might have been executed. Any attempt to flee Mali would have put his family at risk, she said.

Al Hassan, who sat in court wearing a white headscarf, is charged with involvement in crimes including rape, torture, persecution, enforced marriages and sexual slavery committed from April 2012 until the end of January 2013.

He allegedly was a key member of Ansar Dine, an Islamic extremist group linked to al-Qaida that held power in northern Mali at the time. A French-led military operation in 2013 forced the group from power, but rebel elements have continued to stage attacks on Malian and international forces.

The trial is the second case at the ICC linked to Ansar Dine’s brutal occupation of Timbuktu. A member of the group, Ahmad Al Faqi Al Mahdi, was convicted in 2016 and sentenced to nine years’ imprisonment for attacking nine mausoleums and a mosque door in the city in 2012.