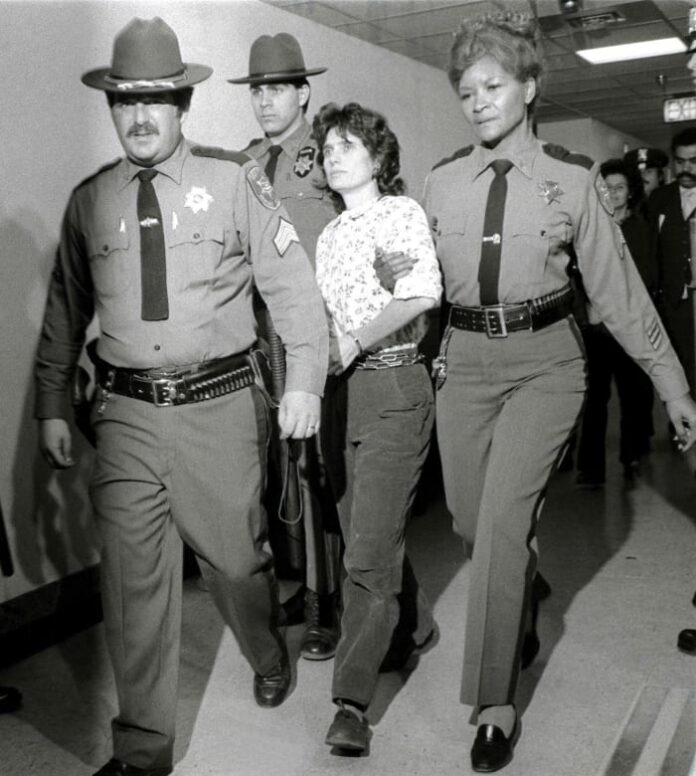 Kathy Boudin, a former Weather Underground radical who served more than two decades behind bars for her role in a fatal 1981 armored truck robbery and spent the latter part of her life helping people who had been imprisoned, has died at age 78, according to her family.

Boudin, who lived in New York City, died of cancer Sunday surrounded by family, including her life partner David Gilbert, who was released from prison last year for his own role in the infamous Brink’s armored truck robbery.

Boudin had expressed remorse for the robbery, in which a guard and two police officers were killed north of New York City. Behind bars, the former ‘60s radical was described as a model prisoner. She was released on parole in 2003, a move that infuriated some relatives and friends of the three men slain in the botched Brink’s robbery. Boudin kept a low profile after her release and continued to work on behalf of inmates and former inmates.

Her son with Gilbert, Chesa Boudin, said his mother devoted herself to others well after her cancer diagnosis in 2015.

“She, as a mother, offered not only unconditional love and pride, but also a model of how to live redemption and own responsibility for horrific mistakes without allowing them to entirely define her life,” Chesa Boudin, the district attorney of San Francisco, told The Associated Press on Monday.

Kathy Boudin was the daughter of civil rights attorney Leonard Boudin and became a radical activist in the 1960s, joining the Weather Underground. The group helped define the radical anti-Vietnam War movement with its violent protests and bombings. Boudin was once seen fleeing naked from a 1970 explosion of a Greenwich Village townhouse police said was used by radicals as a bomb factory.

She and Gilbert joined members of the Black Liberation Army in the Oct. 20, 1981, robbery, stealing $1.6 million in cash from an armored car outside the Nanuet Mall near the Hudson River community of Nyack.

Brink’s guard Peter Paige was killed in the robbery and two police officers, Sgt. Edward O’Grady and Officer Waverly Brown, were killed when a getaway truck was stopped at a roadblock and gunmen burst from the back with weapons firing.

Boudin, who had been in the truck’s passenger seat, was apprehended as she fled. She pleaded guilty in 1984 to murder and robbery, while maintaining that her role in the crimes was limited and that she was unarmed.

“I feel terrible about the lives that were lost as a result of this incident,” Boudin said in court, standing next to her father. “I have led a life committed to political principles. I believe I can be true to these principles in various ways without engaging in violent acts.”

She was sentenced to 20 years to life. In prison, she developed a program on parenting behind bars and helped write a handbook for inmates whose children are in foster care. She earned a master’s degree and worked to help inmates with AIDS.

Gilbert, who did not plead guilty, was sentenced to 75 years to life. Former New York Gov. Andrew Cuomo granted clemency to Gilbert just before the Democrat resigned last summer.

Boudin and Gilbert were married after their arrests and later divorced in prison, but remained close and had been spending their days together since Gilbert’s release, Chesa Boudin said.

The prosecutor, who ran on a progressive platform, was 14 months old when his parents were imprisoned. He was raised by Kathy Boudin and Gilbert’s Weather Underground compatriots, Bill Ayers and Bernardine Dohrn, but kept in close contact with his biological parents.

“I have boxes and boxes of letters that she sent me from prison,” Chesa Boudin said of his mother. “We spent countless hours every month on the phone.”