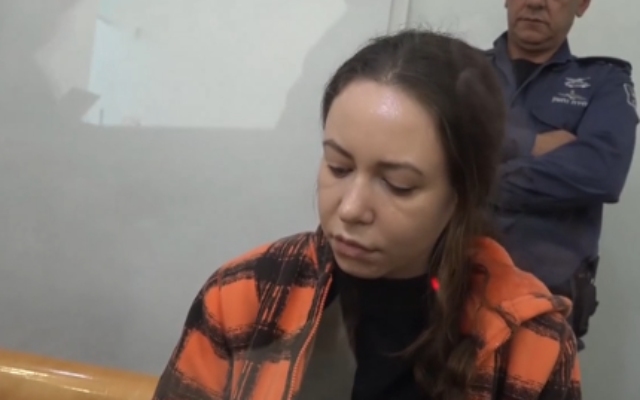 A woman was sentenced to 23 years in prison on Sunday for stabbing her friend to death in the northern city of Karmiel more than two years ago.

Dina Zlotnik, 32, stabbed Shoshana Manshirov 50-plus times in January 2020 after suspecting she was interested in a man she used to date.

Dina Zlotnik, an engineer from Karmiel who confessed to stabbing her friend Shoshana Menasherov to death in January 2020, and was convicted of murder, was also ordered to pay NIS 150,000 to the family of the deceased.

Menasherov’s mother burst into tears as the Haifa District Court judge read out the sentence.

Zlotnik was indicted in February 2020 for killing Menasherov after she began to suspect that her friend was interested in a man she used to date.

According to the charges, the two friends had been at the deceased’s apartment in Karmiel on January 14. They drank several beers and texted shared acquaintances. During the evening, Zlotnik concluded that Menasherov was romantically interested in a the man and confronted her about it.

As the evening progressed, the suspicion grew into resentment, which led Zlotnik to stab Menasherov more than 50 times, according to the indictment.

“The defendant hit the victim’s head, face, chest, and arms and repeatedly stabbed her over and over again,” the indictment read.

Zlotnik had initially claimed she acted in self-defense and according to the indictment, she went as far as cutting and bruising herself after the act in an effort to support her claim.

But the injuries found on Zlotnik were not consistent with injuries sustained in an attack but appeared to be self-inflicted, leading investigators to conclude she had injured herself.

According to reports, Zlotnik was known to police prior to the incident due to her involvement in drug-related crimes.