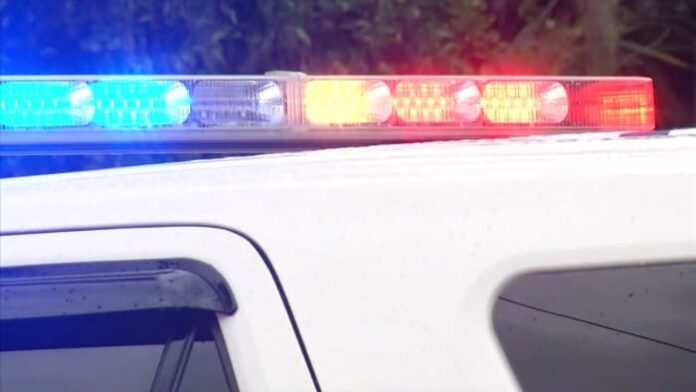 Deputies deployed stop sticks to flatten the vehicle’s tires and a K-9 named Zorro then helped secure the fleeing suspect, the Martin County Sheriff’s Office said in a Facebook post. The chase began near Orlando and ended some 150 miles (241 kilometers) later near Hobe Sound.

“The danger to innocent lives related to this crime cannot be overstated,” the release said.

Deputies in Martin County, which is north of West Palm Beach, were alerted to the chase by the Florida Highway Patrol. Video footage from a sheriff’s office aircraft showed the car speeding along without headlights after deputies attempted to stop it.

The sheriff’s office said the ground pursuit was terminated because of the dangerous speeds, but the aircraft continued to track the stolen SUV.

The driver ran from the vehicle and into a wooded area.

“Multiple deputies followed along with K-9 Zorro,” the release said. After he ignored multiple commands to surrender, deputies unleashed the dog “into the woods ending this dangerous criminal joyride.”

The South Florida suspect faces multiple charges including grand theft of a motor vehicle, fleeing with a disregard for safety, and obstruction. His 28-year-old passenger was also arrested.

The sheriff’s office commended “every agency and every person on-shift” for ending the pursuit with no injuries or loss of life.