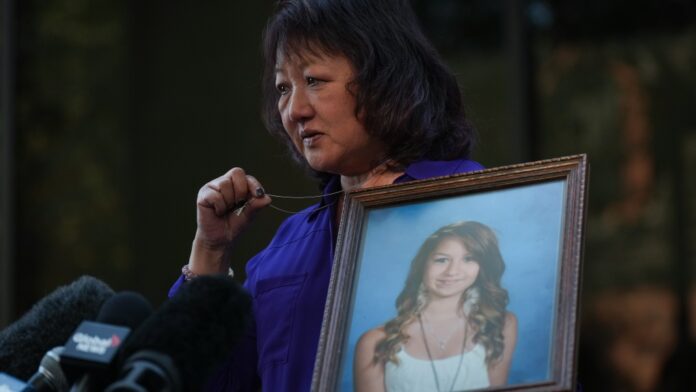 “While Amanda is not here today, I have heard her words.”

With those words, a B.C. Supreme Court judge sentenced the Dutch man convicted of harassing and extorting B.C. teen Amanda Todd to 13 years in prison — more than prosecutors had asked for.

Justice Martha Devlin took the unusual step of handing down a longer sentence than what Crown counsel had argued for in the case of Aydin Coban, who is already serving a nearly 11-year term in the Netherlands for similar crimes.

“Ruining Amanda’s life was Mr. Coban’s expressly stated goal and was sadly one that he achieved,” Devlin said in delivering her reasons from her New Westminster courtroom.

“Mr. Coban engaged in a prolonged pattern of sextortion targeting Amanda Todd, a child in her early to mid-teens,” she added.

“Mr. Coban, relying on a high level of technological sophistication, obfuscated his identity, location and activities, gained information about Amanda valuable to his criminal scheme, and emotionally manipulated Amanda with both friendly inducements and distressing threats. On several occasions, Mr. Coban made good on these threats.”

Devlin laid out a series of aggravating factors in the case, including the abuse’s contribution to Amanda’s suicide, her young age, the sophistication and premeditation of Coban’s sexual blackmail scheme and how widely he distributed pornographic images and video of the teen.

The sentence must send a message to other would-be online predators, Devlin said while keeping children safe from Coban — who she said is not currently capable of rehabilitation and has shown no signs of remorse.

Quoting extensively from the viral YouTube video that made Amanda’s case famous, along with victim impact statements made by her father Norm, mother Carol and brother Cristopher, Devlin noted the devastating ripple effects of the crimes.

“She could not escape the images or videos. It was a ‘never-ending story,”’ Devlin said, referring to Amanda’s own description from her YouTube video.