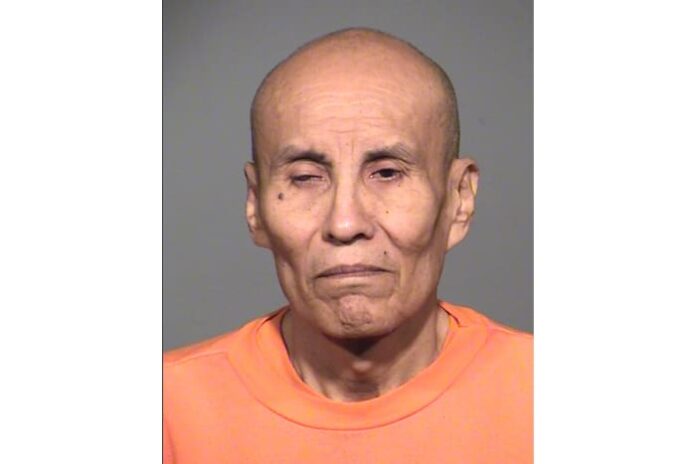 PHOENIX – A judge has ruled that an Arizona prisoner convicted in the 1978 killing of a university student is mentally fit to be put to death next week, keeping on track what would be the first execution in the state in nearly eight years.

In a ruling signed shortly before midnight Tuesday and released on Wednesday, Pinal County Superior Court Judge Robert Olson rejected an argument from defense lawyers that Clarence Dixon’s psychological problems prevent him from rationally understanding why the state wants to end his life.

Dixon was convicted of murder in the killing of 21-year-old Arizona State University student Deana Bowdoin.

Lawyers for Dixon said they will appeal the ruling to the Arizona Supreme Court.

While Olson found that Dixon does suffer from schizophrenia, the judge said Dixon is rational and understands the proceedings in his case well enough to show he is competent.

Dixon’s lawyers argued Tuesday in a court in Florence, Arizona, that executing him would violate protections against executing people who are mentally unfit.

They said he erroneously believes he will be executed because police at Northern Arizona University wrongfully arrested him in a previous case — a 1985 attack on a 21-year-old student. His attorneys concede he was in fact lawfully arrested at the time by Flagstaff police.

Olson rejected that argument, saying that on one hand it “is an elegant theory that could make all of his legal problems go away; on the other hand, the chance of success with this argument was highly improbable (if not non-existent)…” but that Dixon stuck to it.

One of Dixon’s attorneys, Eric Zuckerman, said in a statement that the judge relied on testimony from an expert he called discredited and unqualified to arrive at the conclusion that Dixon was competent. He called that “deeply alarming.”

“We will ask the Arizona Supreme Court to apply the correct standard and ensure that Mr. Dixon is not executed while mentally incompetent in violation of the Eighth Amendment,” Zuckerman said.

Dixon was sentenced to life sentences in that case for sexual assault and other convictions. DNA samples taken while he was in prison later linked him to Bowdoin’s killing, which at that point had been unsolved.

Prosecutors, who tried unsuccessfully to get the Arizona Supreme Court to call off the mental competency hearing, said there was nothing about Dixon’s beliefs that prevented him from understanding the reason for the execution and pointed to court filings that Dixon himself made over the years.

Defense lawyers said Dixon has been diagnosed with paranoid schizophrenia on multiple occasions, has regularly experienced hallucinations over the past 30 years and was found “not guilty by reason of insanity” in a 1977 assault case in which the verdict was delivered by then-Maricopa County Superior Court Judge Sandra Day O’Connor, nearly four years before her appointment to the U.S. Supreme Court. Bowdoin was killed two days after the verdict, according to court records.

Authorities have said Bowdoin, who was found dead in her apartment, had been raped, stabbed and strangled. Dixon had been charged with raping Bowdoin, but the charge was later dropped on statute-of-limitation grounds. He was convicted, though, in her death.

In addition to contesting his mental fitness, Dixon’s lawyers made a new attempt on Tuesday to stop his execution.

They filed a lawsuit asking a federal judge to hold off on putting Dixon to death until corrections officials show that the compounded pentobarbital to be used in the execution has been given an expiration date.

About a year ago, prosecutors took steps to seek the executions of Dixon and another death-row prisoner, but the litigation was put on hold by the state Supreme Court because of concerns over the expiration date of the drug to be used in the lethal injections.

In the new lawsuit, Dixon’s lawyers said corrections officials gave them heavily redacted records documenting the testing of the drug, but that they didn’t provide the assigned expiration date.

The Arizona Department of Corrections, Rehabilitation and Reentry declined to comment on the lawsuit.

On Tuesday, the Arizona Supreme Court also issued a warrant setting a June 8 execution date for another death-row prisoner, Frank Atwood, in the killing of 8-year-old Vicki Lynn Hoskinson in 1984. Authorities say Atwood kidnapped the girl, whose body was found in the desert northwest of Tucson.

The last time Arizona used the death penalty was in July 2014, when Joseph Wood was given 15 doses of a two-drug combination over two hours in an execution that his lawyers said was botched.

States including Arizona have struggled to buy execution drugs in recent years after U.S. and European pharmaceutical companies began blocking the use of their products in lethal injections.

Arizona has 113 prisoners on death row.