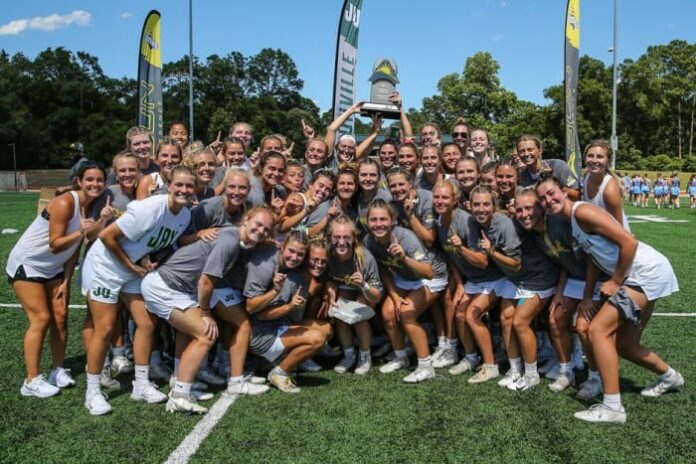 After winning the ASUN Championship for the eighth time, the Jacksonville University Dolphins will face Stanford in the first round of the NCAA Tournament.

JU will face Stanford on Friday at Donald. R. Dizney Stadium in Gainesville. Florida and Mercer will also play in that pod. The Gators received the seventh seed in the tournament.

If both JU and Florida win their first-round games, they’ll face one another on Sunday in the second round.

The Dolphins (13-4) have reached the NCAA Tournament seven times before since the program launched in 1996. In the last two tournaments, 2021 and 2019 (the 2020 tournament was canceled by the pandemic), JU has won its initial tournament game. In 2019, the Dolphins beat Mercer in an NCAA Opening Round game before falling to Michigan in a first-round game. Last year, JU beat Vanderbilt before losing to Florida.

On Saturday, JU won the school’s fifth straight conference title with a 20-12 win over Liberty.

Stanford went 12-6 this year and earned the Pac-12′s automatic bid by defeating Arizona State for the conference championship. This will be the 11th appearance in the NCAA Tournament for Stanford.

Stanford and JU have never met in women’s lacrosse.