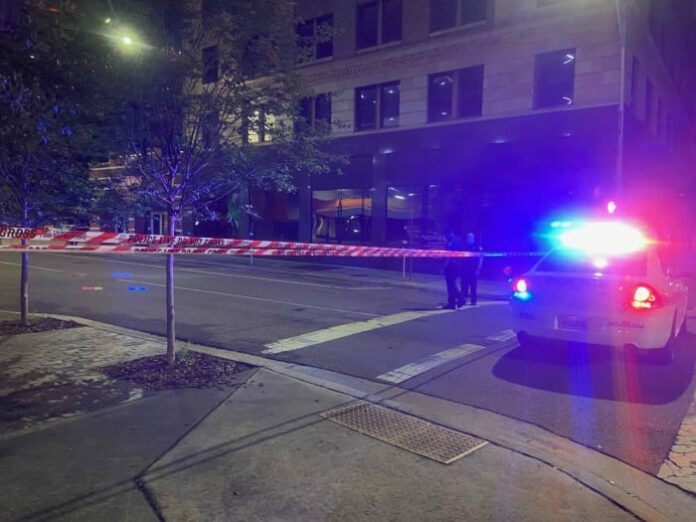 JACKSONVILLE, Fla. – One man is dead after being shot in Downtown Jacksonville, according to the Jacksonville Sheriff’s Office.

The shooting occurred around 6:45pm in the 300 block of West Forsyth Street. Off-duty officers who were working nearby heard gunshots and responded to the scene. Upon arrival, they discovered a man suffering from a gunshot wound and contacted Jacksonville Fire Rescue. The victim was later pronounced dead at the scene.

JSO says they have identified a person of interest, but are not able to confirm yet if that person is a suspect in the shooting. They also say multiple witnesses are cooperating.

Anyone with information in regards to the shooting is asked to call JSO or Crime Stoppers.