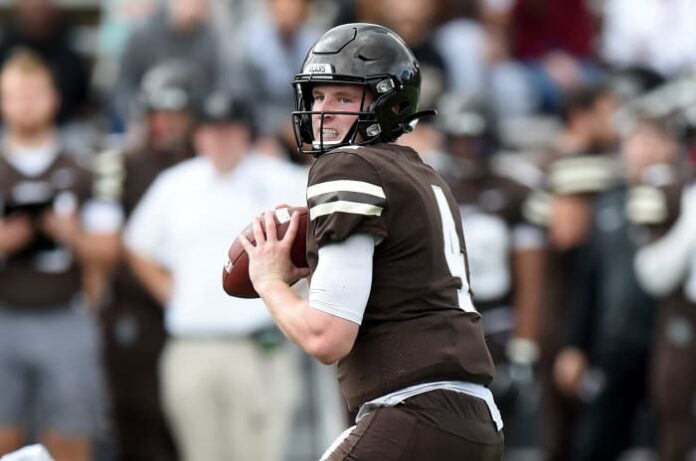 Perry chose the Jaguars over the Philadelphia Eagles, with whom he had agreed to terms before signing with the Jaguars.

Perry was the Ivy League offensive player of the year at Brown where he threw for 3,033 yards and 23 touchdowns while rushing for seven scores. He was named the offensive MVP of the East/West Shrine Bowl in the pre-draft process.

He finished his career at Brown ranked second in school history in total offensive yards (7,113) and completions (546).

Perry also performed well at the combine where he posted some of the best times among quarterbacks, including a 40-yard dash time of 4.60 seconds.

Perry joins a Jaguars’ quarterback room that includes Trevor Lawrence as the starter and backups C.J. Beathard and Jake Luton. Most NFL teams will take two or three quarterbacks into the regular season. Barring other moves between now and then, the Jaguars will bring four quarterbacks to camp.