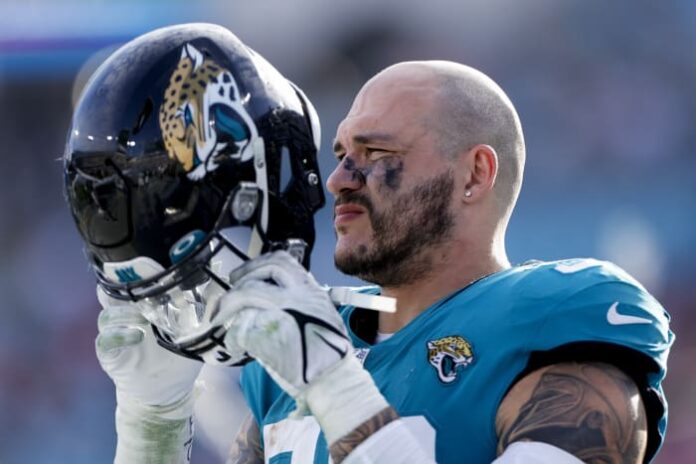 JACKSONVILLE, Fla. – The Jaguars added to its defensive line depth on, re-signing Adam Gotsis on Tuesday afternoon, according to his agent.

Gotsis, a 6-foot-4, 290-pound defensive end, has played the last two seasons for Jacksonville. He’s seen action in all 16 games for the Jaguars in the 2020-21 seasons and started 18 of those.

The Jaguars have yet to officially announce the re-signing.

Gotsis had 26 tackles and matched a career-high with three sacks last season. He was a second-round pick of the Broncos in 2016 out of Georgia Tech. Gotsis could see a reduced workload for Jacksonville this year. The team signed defensive tackle Foley Fatukasi in free agency and return Malcom Brown, DaVon Hamilton, Roy Robertson-Harris and Dawuane Smoot.

Jacksonville also added edge rusher Travon Walker with the No. 1 overall pick of the draft.

Also on Tuesday, the Jaguars received defensive back Ayo Oyelola through the NFL’s International Pathway Program. Oyelola attended college at the University of Nottingham in England and spent last season with the Winnipeg Blue Bombers of the Canadian Football League.