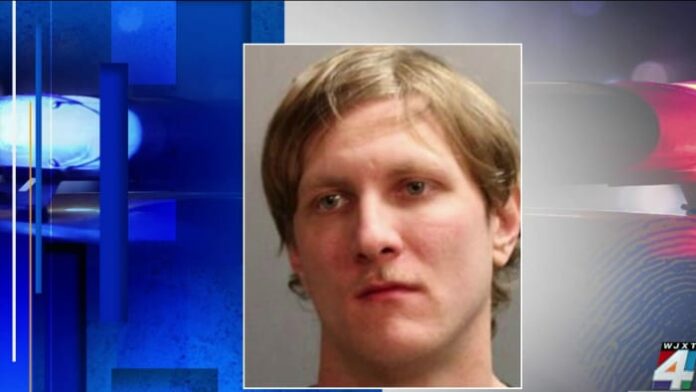 JACKSONVILLE, Fla. – A man charged with second-degree murder in connection with the death of his girlfriend pleaded not guilty in court Tuesday.

North Samuel Cole Pridgen, 28, was arrested in March, six months after the body of Teresa Janette Gorczyca was found in September in the area of a pond in the Sutton Lakes subdivision in the Sandalwood neighborhood.

The judge set a tentative trial date for September but acknowledged the case was unlikely to go to trial that quickly. Pridgen’s next hearing is set for June 2.

According to an arrest warrant, a witness told the Jacksonville Sheriff’s Office on Sept. 26 that he received a Facebook message from Pridgen that day, asking him to pick him up during the early evening hours near Alfa Romeo and Coachman Lakes drives. While riding in the car, the witness told police, “Pridgen told him that he strangled his girlfriend and hid her body in a lake,” according to the warrant.

The Sheriff’s Office said it questioned Pridgen the next day, Sept. 27 — the same day JSO asked for the public’s help in locating Gorczyca after she was reported missing. The warrant states that he told police that he picked Gorczyca up from her parents’ home in a Lyft ride around 11 a.m. Sept. 26 and they went to his parents’ house, where they listened to music and smoked marijuana. According to JSO, he said that the last he saw her, she left his parents’ home on foot, and that he then went to play basketball. He said that afterward, his parents kicked him out of the house that night and that he ended up going to a friend’s apartment in Mayport, according to the warrant.

The warrant states Pridgen “denied telling the witness that he killed his girlfriend.”

Detectives said they noticed Pridgen had scratches on his hands, arms and legs consistent with having gone through thick brush and branches. Pridgen told them that the scratches were from playing basketball, according to the warrant.

Police said they went to a pond on Alfa Romeo Drive and found Gorczyca’s backpack, baseball cap and vape pens. It wasn’t until two days later, on Sept. 29, when her body was found along the waterway, hidden under brush and debris.

The warrant states, 38 minutes later, the same video shows Pridgen, who appears to be wet, walking back toward his parents’ house, alone.

“The surveillance video completely contradicts the account in which Pridgen told detectives,” the warrant says.

According to the warrant, the medical examiner found bruises and hemorrhaging on Gorczyca’s neck and bruises on her arms and stomach but ruled the manner of death undetermined — not a homicide.

On March 29, with the assistance of the U.S. marshals, Pridgen was located on Beach Boulevard near Southside Boulevard, JSO said. Following an interview, according to JSO, he was arrested, charged in Gorczyca’s death and booked into the Duval County jail, where he’s being held without bond.

It’s unclear when police obtained the surveillance video and why it took months to arrest Pridgen. The case is still under investigation.

Around the time Gorczyca disappeared, several of her friends told News4JAX that they believed she was last seen with Pridgen. While the arrest warrant describes Gorczyca as Pridgen’s girlfriend, Gorczyca’s friends said he was her former boyfriend.

Gorczyca’s mother told News4JAX that every week since her daughter’s death, she’s visited the memorial near the retention pond, lighting a candle in her memory.