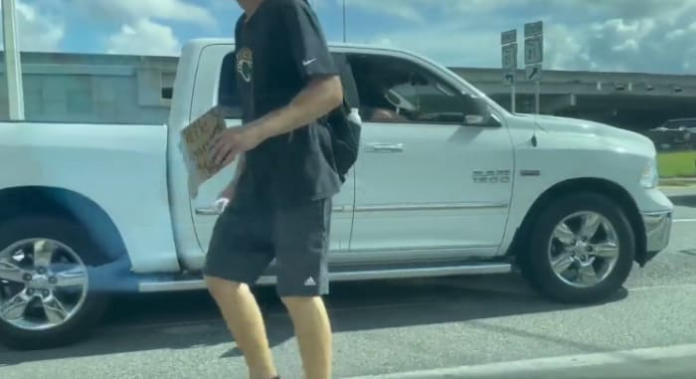 Viewers have also expressed panhandling concerns to us over the years—especially along Blanding Boulevard near Interstate 295.

There’s no simple quick fix to this issue according to city leaders.

Panhandling falls under First Amendment rights and can only be cited by police if they obstruct traffic.

JSO issued a statement in 2021 saying: “This issue has been debated recently, but it is not as simple as ‘JSO not wanting to enforce applicable laws and ordinances.’ JSO’s ability to enforce panhandling has become more restrictive recently. This is due, as a result of recent rulings in both Florida State Statute and Jacksonville Municipal Ordinances.”

There is a law banning panhandling in Downtown Jacksonville.

It deems panhandling to be a misdemeanor offense that can lead up to as much as a $500 fine — and as many as 90 days in jail — for repeated offenses.

Section 614.138 of the city’s Code of Ordinances states that is unlawful for anyone within Jacksonville’s “Central Core Enhancement Area” — in other words, its Downtown section.

The law states to: “Solicit or beg on any sidewalk, highway, street, roadway, right-of-way, parking lot, park or picnic grounds or other public or semi-public area, or in any building lobby, entranceway, plaza or common area without the permission of the owner thereof.”

The meeting starts at 12:30 inside the Lynwood Roberts Room on the first floor of City Hall. It is open to the public.