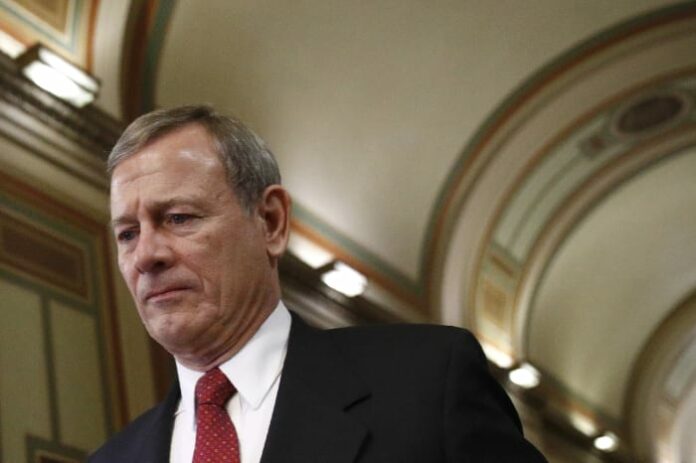 WASHINGTON – John Roberts is heading a Supreme Court in crisis.

The chief justice has already ordered an investigation of the leak this week of a draft opinion suggesting the court could be poised to overturn Roe v. Wade, the 1973 case legalizing abortion nationwide. What comes next could further test Roberts’ leadership of a court where his vote already appears less crucial in determining the outcome in contentious cases.

“This is a time when the court is under siege, both externally and internally now,” said Roanoke College professor Todd Peppers, who writes about the court. “I just don’t think the spotlight has ever been brighter on the court in recent history.”

Roberts’ court was facing challenges even before the leak, which the chief called a “betrayal of the confidences of the Court.”Polling has shown a notable decline in the public’s approval of the court. And there have been recent calls for term limits for the justices and for increasing the number of justices as well as for a code of ethics, particularly following reports that Justice Clarence Thomas’ wife, Virginia, implored Donald Trump’s White House chief of staff to act to overturn the results of the 2020 presidential election. Confirmation hearings for the court’s newest justices have been contentious.

The addition of three conservative justices during Trump’s presidency also means there are now five conservative justices to Roberts’ right who no longer need his vote, and perhaps his moderating influence, to prevail in a case. The abortion decision could be another example of that, with the court’s other conservatives prepared to go further than Roberts.

Roberts, 67, has noted the limits of his position in the past. Asked during a 2018 appearance how it’s different to be chief, Roberts responded: “In many ways it’s different. In the most important it’s not. I have one vote. I participate in the decision-making of the court like any of the associate justices.”

Still, there’s a reason that the chief is called the “first among equals” and that historians refer to time periods at the court using the chief justice’s name: the Marshall Court, the Rehnquist Court, the Roberts Court. The chief is the first to speak when the justices discuss cases at their private conference and guides that discussion. The chief decides who writes the opinion of the court when the chief is in the majority.

Roberts, an appointee of President George W. Bush, has faced other challenging times in his 16 years as chief. He’s led the court through contentious cases on gay marriage, on President Barack Obama’s health law and on Trump-era policies including building a U.S.-Mexico border wall and the travel ban.

In 2020, Roberts was in the spotlight presiding over Trump’s first impeachment trial, though his role was modest. At the beginning of the coronavirus pandemic, he led the court through a period where it decided to postpone arguments for the first time in more than 100 years and then to conduct them by telephone for more than a year and a half.

Early in his tenure, in a speech at Georgetown’s law school graduation and elsewhere, Roberts explained his philosophy in guiding the court and his preference for decisions where there could be broad agreement on narrow grounds.

“There are clear benefits to a greater degree of consensus on the court. Unanimity or near unanimity promote clarity and guidance for the lawyers and for the lower courts trying to figure out what the Supreme Court meant,” he said in 2006. He added: “The rule of law is strengthened when there’s greater coherence and agreement about what the law is.”

Artemus Ward, a professor at Northern Illinois University who is one of the editors of a book of scholarly research on chief justices, said Roberts has been “trying to achieve consensus, trying to rule narrowly.” But following the death of Justice Ruth Bader Ginsburg, a liberal, and her replacement by conservative Justice Amy Coney Barrett, “Roberts’ vote is less powerful” because there are five conservative votes even without him, Ward said.

There’s been some evidence of the impact of that already.

Before Ginsburg’s death, Roberts joined with the court’s four liberals to reject a challenge to attendance limits California imposed on religious services because of the coronavirus pandemic. But about a month after Barrett joined the court, the justices ruled 5-4 the other way in a case about similar limits in New York, with Roberts and the liberals in dissent.

In September of last year, the court decided 5-4 not to block a new Texas law banning most abortions in the state. The dissenters were once again Roberts and the three liberal justices.

It was the same lineup in February when the Supreme Court put on hold a lower court ruling that Alabama must draw new congressional districts before the 2022 elections to increase Black voting power. And in April when the court reinstated a Trump-era water rule.

“Roberts Has Lost Control of the Supreme Court,” was the title of an article written that month by professor Stephen I. Vladeck of the University of Texas School of Law.

It remains to be seen how divided and how sweeping the court will be in other decisions, including a major gun ruling, that are still to be released before the court breaks for summer.

Unknown too is how closely the final opinion in the abortion case will mirror the leaked draft, which was written by Justice Samuel Alito and distributed to other members of the court in February. Politico reported that Alito had the votes of four other conservatives to overturn Roe v. Wade and a later decision that reaffirmed a constitutional right to abortion services, Planned Parenthood v. Casey. The three liberals planned to dissent, Politico said, while Roberts’ ultimate vote was unclear.