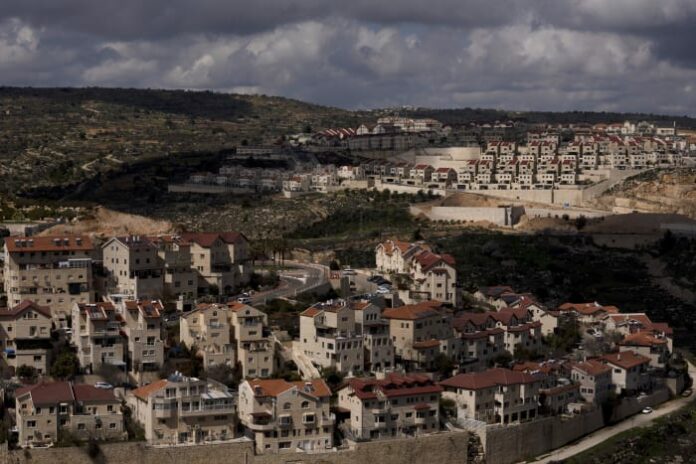 JERUSALEM – Israel is set to advance plans for the construction of 4,000 settler homes in the occupied West Bank, the interior minister said Friday.

If approved, it would be the biggest advancement of settlement plans since the Biden administration took office. The White House is opposed to settlement growth because it further erodes the possibility of an eventual two-state solution to the Israeli-Palestinian conflict.

Interior Minister Ayelet Shaked, a staunch supporter of settlements, tweeted that a planning committee would convene next week to approve 4,000 homes, calling construction in the West Bank a “basic, required and obvious thing.”

Israel’s Haaretz newspaper reported that the Civil Administration, a military body, would meet Thursday to advance 1,452 units, and that another 2,536 units would be approved by Defense Minister Benny Gantz.

The Defense Ministry referred questions to COGAT, the military body in charge of civilian affairs in the occupied West Bank. COGAT did not immediately respond to requests for comment. There was no immediate comment from the U.S. Embassy.

Israel captured the West Bank in the 1967 Mideast war and has built more than 130 settlements across the territory that are home to nearly 500,000 settlers. Nearly 3 million Palestinians live in the West Bank under Israeli military rule.

Earlier this week, Israel’s Supreme Court upheld an expulsion order that would force at least 1,000 Palestinians out of an arid region in the southern West Bank where they say they have been living for decades. The military declared the area a firing zone in the early 1980s.

The Palestinians want the West Bank to form the main part of their future state. They view the expansion of settlements as a major obstacle to any future peace deal because they reduce and divide up the land on which such a state would be established. Most of the international community views the settlements as illegal.

Israel’s current government is split between parties that oppose and support settlements. As a compromise, it has ruled out any major peace initiative or any move to formally annex parts of the West Bank. Israeli Prime Minister Naftali Bennett, a former leader of the main settler council, is opposed to Palestinian statehood.

Israel approved the construction of 3,000 settler homes in October despite a U.S. rebuke. Authorities have, however, paused some especially controversial projects in the wake of strong U.S. opposition.

Settlement construction can only be approved after a long bureaucratic process, and it was unclear how soon construction crews would be able to break ground on the 4,000 homes if they get a green light. The process also provides the opportunity for Israeli officials to pause or delay such projects.