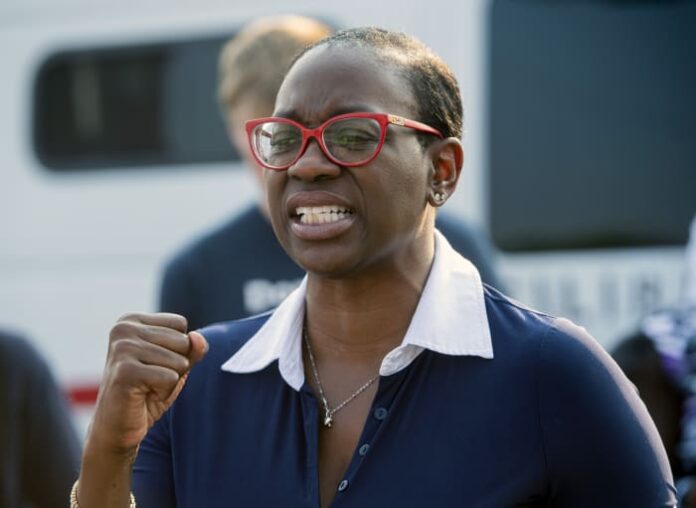 COLUMBUS, Ohio – A rematch pitting one of the left’s rising stars against a new House incumbent backed by the more moderate Democratic establishment will provide another key litmus test of the progressive movement’s Rust Belt clout during Tuesday’s congressional primaries in Ohio and Indiana.

Brown now has the advantage of incumbency but has only been in Congress a matter of months. A leading surrogate for Bernie Sanders ’ 2016 and 2020 presidential campaigns, Turner is endorsed by the Vermont senator and many top progressive groups, who are hoping for a second-try upset.

Stretching from Cleveland to Akron, the district where Brown and Turner are competing is heavily African American and solidly Democratic, meaning the primary winner is heavily favored in November’s general election.

“I’m running for this office for the same reason that I ran the last time: Greater Cleveland deserves a champion and not much has changed in changing the material conditions of the poor, the working poor and the barely middle class,” Turner said.

Brown, who says she has been an ally to the Biden administration in Congress, counters that “you don’t have to be loud to fight.”

Another potentially vulnerable Ohio incumbent is Republican Rep. Warren Davidson. He has been endorsed by former President Donald Trump and represents a district once held by former House Speaker John Boehner, encompassing the suburbs between Cincinnati and Dayton. Davidson is facing Hamilton County Commissioner Phil Heimlich, son of the famous doctor known for the anti-choking maneuver, and a Trump critic.

It remains to be seen whether the former president’s endorsement will lift Davidson. But two Trump picks for open House seats in the northeastern part of the state, Max Miller and Madison Gilbert, are looking to cruise to GOP nominations.

Miller, a former Trump aide, is expected to lock up the Republican nomination in a new district in northeast Ohio. He’s been accused of assaulting his ex-girlfriend, former White House press secretary Stephanie Grisham.

The Akron-area district where Gilbert, a conservative commentator, will be competing, meanwhile, should be one of the likely competitive House seats in November’s general election. Its Republican nominee is set to face state Rep. Emilia Sykes, a former Ohio House Democratic leader and a daughter of a powerful political family in the area.

Democratic Rep. Marcy Kaptur, the longest-serving woman in the House, is unopposed Tuesday. Four Republicans — including two sitting state lawmakers — are competing to take her on in the fall, however, in a newly drawn district that hugs Lake Erie, encompasses Toledo and could be a toss-up.

In neighboring Indiana, nine Republicans are vying for the state’s only open House seat. GOP Rep. Trey Hollingsworth isn’t seeking reelection in a southern Indiana district as he hints at running for governor in 2024.

Hollingsworth’s would-be replacements include trucking company owner Mike Sodrel, who ran five times between 2002 and 2010 and won a single term in Congress in 2004. Trump hasn’t endorsed in the primary, but his former secretary of state, Mike Pompeo, is backing business consultant and Army combat veteran Stu Barnes-Israel.