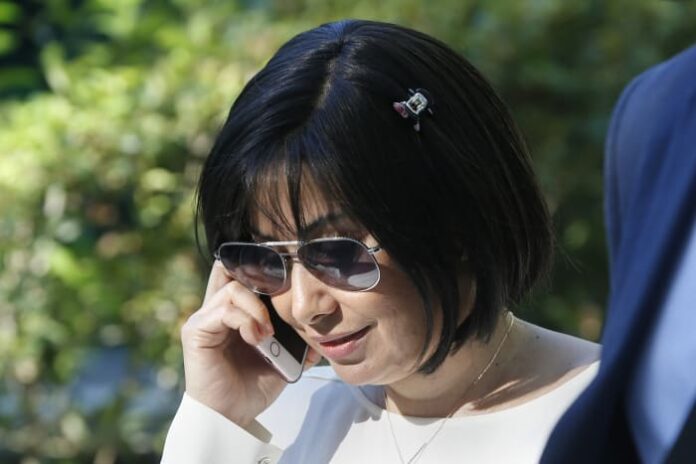 WEST PALM BEACH, Fla. – A Venezuelan woman who rose from being the late President Hugo Chávez’s nurse to the nation’s treasurer has been extradited from Spain to the U.S. to face money-laundering charges.

Federal prosecutors in South Florida are accusing Claudia Díaz, 48, of taking bribes from a billionaire media mogul to greenlight lucrative currency transactions when she served as Venezuela’s treasurer a decade ago.

Shackled and dressed in a dark blue jail jumpsuit, Díaz appeared before Judge William Matthewman in West Palm Beach’s federal courthouse on Friday. She did not speak, and her attorney Marissel Descalzo said she had no comment. A bond hearing is set for Tuesday.

Spain’s National Court approved Díaz’s extradition in October despite her attempts to block it with the argument that she could respond to the charges in Spain, where an investigation also has been conducted. The court there decided the allegations were different and that the U.S. investigation was much broader.

Her husband, Chávez’s former security chief Adrián Velásquez, is also facing charges. He is awaiting extradition to the U.S. after he exhausted judicial appeals in Spain’s National Court.

Díaz and her husband are accused of taking at least $4.2 million in the bribery scheme.

In exchange for the payments, prosecutors say Díaz secured businessman Raúl Gorrín, owner of the country’s last major private TV network, Globovisión, the rights to exchange more than a billion dollars in foreign currencies in the U.S. on behalf of the Venezuelan government. U.S. prosecutors say they and other officials close to Chávez reaped hundreds of millions of dollars in profit.

Gorrín remains in Venezuela and is on the U.S. Immigration and Customs Enforcement’s most-wanted list. The U.S. imposed sanctions on his TV network in 2019.

Records show the couple transferred millions of dollars out of the socialist country by buying gold bars through a shell company in the Caribbean and storing them in a vault in the European country of Liechtenstein.

Díaz was a former petty officer in Venezuela’s navy who took care of an ailing Chávez before the Venezuelan leader died of cancer in 2013. In 2011, Chávez named her Venezuela’s national treasurer, but she was replaced in 2013 when Chávez’s successor Nicolás Maduro was elected.