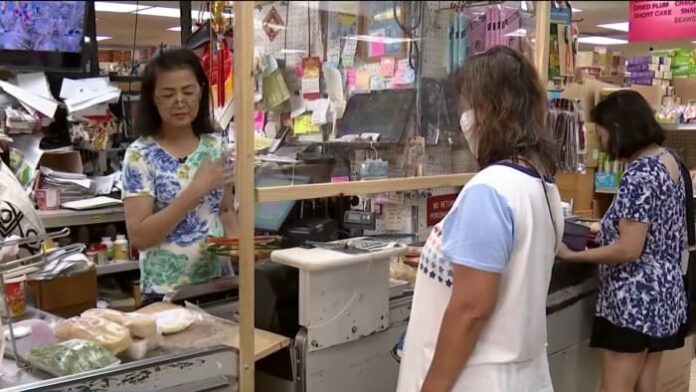 ORLANDO, Fla. – After the Vietnam war ended, hundreds of Vietnamese came to Central Florida through the catholic charities refugee program and found a new home near Mills Avenue and Colonial Drive, an area known today as the Mills 50 District.

The area has also long been called little Saigon, reflecting a significant transformation that began in Orlando’s Colonialtown neighborhood with the arrival of Vietnamese people in the late 1970s.

“We escaped Vietnam, so we come here in 1979,” Hung Kim Chau, manager and co-owner of Dong A Co. Oriental Supermarket in the Mills 50 district, said.

The supermarket caters to the Asian American community giving a sense of home away from home. Kim Chau escaped with her parents and siblings after the fall of Saigon in 1975.

“(When) we left Vietnam, we have nothing left,” she said.

After the Vietnam war ended, the family resettled in Orlando.

“With six brother(s) and sister(s) is hard to raise. So my father work(ed) two job(s),” Kim Chau said.

Her father worked two jobs, but she said he was laid off, and in 1982 he opened Dong A Oriental supermarket.

Kim Chau and her siblings continue their father’s legacy by running his supermarket where customers like Jeff Tony, who drives an hour from Cocoa, go in search of Asian products and produce.

“I love it because I love to cook,” Tony, who used to live in Orlando, said.

He told News 6 that he makes the trip once a month.

[ADD YOUR BUSINESS TO THE FLORIDA FOODIE DIRECTORY]

“When I come over to Orlando, I always make it a trip, a side trip absolutely; get my dumplings, get my spring rolls, my rice crackers,” Tony said.

Taking a drive down East Colonial Drive is like going into a world of Asian American cultures, a place where Asian Americans began to thrive in the 1980s and 90s.

From Chinese and Thai cuisine to Japanese, Korean and Vietnamese storefronts, the Mills 50 District turned into a bustling hot spot for Asian Americans in search of the American dream. According to the Asian American Chamber of Commerce, the top Asian American populations are Indian, Chinese, Vietnamese and Filipino.

Orange County has Central Florida’s largest concentration of Asian Americans with more than 78,300 people, according to the 2020 Census.

Check out the Florida Foodie podcast. You can find every episode in the media player below: