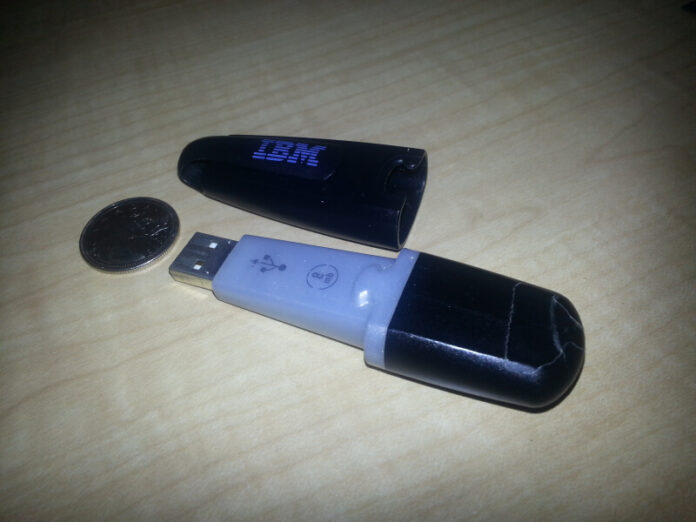 The subject of who first invented the USB flash drive is contested. Pua Khein-Seng of Malaysia claims credit over the title and locals reportedly recognized him as the “father of the pendrive,” while similar stories have surfaced from companies in Singapore, China and elsewhere.

The first US patent for a USB flash drive was filed in April 1999 by Israeli firm M-Systems (bought by SanDisk in 2006), which teamed up with IBM to begin selling the 8MB ‘DiskOnKey’ in North America. That same year, Singaporean company Trek 2000 International also began selling its 8 MB “ThumbDrive.”

Today you can purchase USB flash drives with hundreds of gigabytes of storage on the cheap.