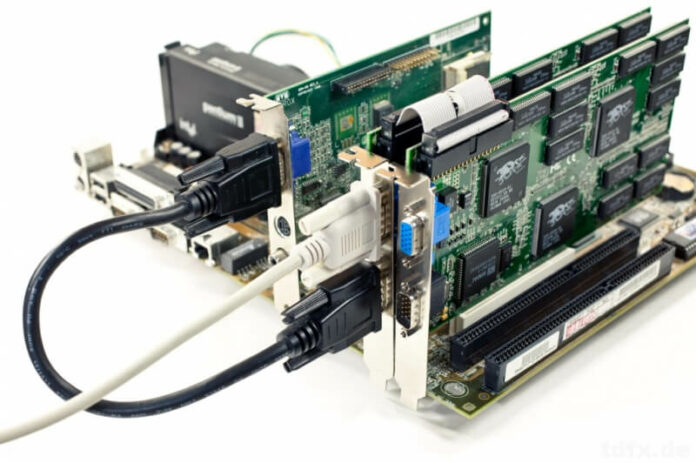 Two years after launching its original Voodoo Graphics chipset, 3Dfx delivered its successor in 1998 as the Voodoo2 with not two, but three GPUs on the same card. What’s more, two Voodoo2 cards could be linked together via SLI to employ double the number of GPUs (the original Voodoo Graphics could be configured in SLI but the feature was limited to arcade and professional markets).

A single Voodoo2 ran its cores and EDO DRAM at 90 MHz alongside a 135 MHz RAMDAC and supported 3D games running at a full screen resolution of 800×600. The SLI setup could manage 1024×768. The Voodoo and Voodoo2 cards acted as 3D accelerators only, meaning that they had to be paired with a standard 2D graphics card and use a VGA passthrough cable.

Continue your stroll down memory lane with our nostalgia pieces on 3Dfx, the best 3Dfx Glide Games and the history of the GPU.