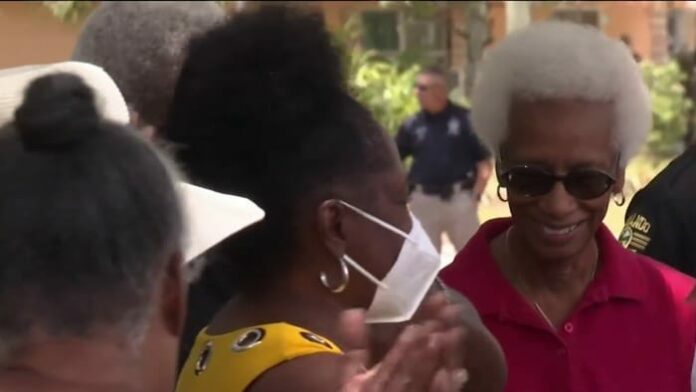 Neighborhood Watch of the Year for 2020: Rock Lake, at Colonial Drive and North Orange Blossom Trail.

Neighborhood Watch of the Year for 2021: Montclair Manor, at Semoran Boulevard and Pecos Street.

What do the groups do better than most? They get to know everyone — every single neighbor. How? Knocking on door, neighborhood parties, walking and waving. Whatever it takes.

Margaret Hill is the Neighborhood Watch president of Rock Lake, one of the first watch groups in Orlando.

“Each one of us decided to take a portion of Crime Watch: the schools, the adults, seniors, housing, everything it would take to make this neighborhood safe,” Hill said.

Orlando City Commissioner Regina Hill said the Neighborhood Watch group has made Rock Lake the safest neighborhood in all of Orlando.

Some Neighborhood Watch groups struggle with participation and interest. Many neighbors don’t seem to care. No one wants to lead or get involved.

In Rock Lake, the Neighborhood Watch group has made neighbors care.

“I think one of the winners we have going on is the annual block party,” Margaret Hill said.

The block party is, more than anything, an ice breaker. It’s the best opportunity to get to know neighbors, which gets results.

“‘OK I’ll call Terrence and Terrence will call so-and-so,’ and Pam would call somebody and that’s how we’ve been able to communicate, it’s like a chain,” Hill said. “We all can find each other. That’s the beauty of living in a community where everybody knows everybody.”

Chief Rolon insisted Neighborhood Watch groups are vital because there are not enough police officers to be on every street.

“The neighborhood programs like this that are present are the ones experiencing the least issues as far as crime is concerned,” Rolon said. “It works.”

On the other side of the city, the Neighborhood Watch president of Montclair Manor, Elizabeth En Naoui, said persistence when it comes to participation pays off.

“We are extremely involved with all of our neighbors,” En Naoui said. “We talk to everyone, we know everyone. Last year for example at our National Night Out we had 100% turnout. All of the neighbors. We even had neighbors who don’t participate in anything.”