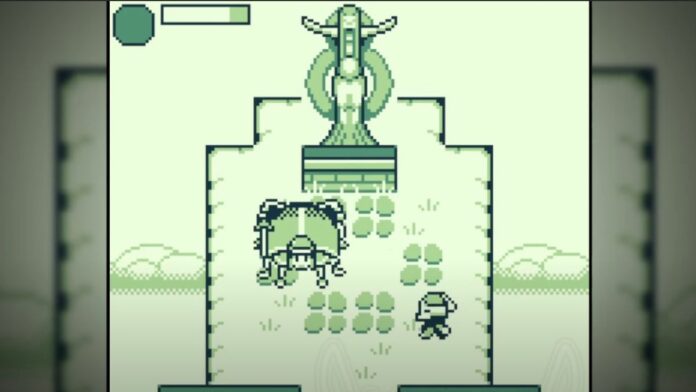 Elden Ring might be among the most critically acclaimed games to release this year, but the burning questions that’s definitely on everyone’s mind remains: “why can’t I play it on the original Game Boy?”

Worry no more, as an Elden Ring fan has begun developing a ‘demake’ of the FromSoftware epic, scaling down the game’s colossal open world to fit on Nintendo’s breakout handheld.

Shin shared a proof of concept for the demake over on the Elden Ring subreddit (thanks, GamesRadar) where it quickly went viral. The minute-long proof of concept shows a recreation of Elden Ring’s starting location, the Chapel of Anticipation, complete with a boss fight with the Grafted Scion at the end. While the animations are rudimentary at this early stage, it’s nonetheless an impressive concept that we’re eager to see more of.

Development on the Elden Ring demake sounds like it’s going smoothly, too, with Shin planning to have Limgrave — Elden Ring’s introductory zone — completed by the end of May.

The appeal of From Software demakes

Shin’s attempt at creating an Elden Ring demake for the Game Boy is incredibly impressive, but also not the first time a fan has taken to creating a retro version of a popular From Software title.

Earlier this year, developer Lilith Walther released the finished version of Bloodborne PSX, a demake of the PS4 classic that emulates the look and feel of a PS1 game, complete with relics like texture warping and muffled sound design. A humorous follow-up, Bloodborne Kart, is also in development right now.

There’s clearly something appealing about reimagining FromSoftware’s games as old-school classics, and it’s fascinating that these demakes draw from two very different inspirations. Bloodborne PSX is like early PS1 hack-n-slashers like Nightmare Creatures, while Elden Ring demake is akin to The Legend of Zelda: Link’s Awakening.

We’ve yet to see just how much of Elden Ring Shin’s demake will cover. As mentioned, the PS5 and Xbox Series X|S title is dauntingly huge, but we’re certainly keen to see as much of the fascinating Lands Between translated to a Game Boy adventure as the developer deems possible.