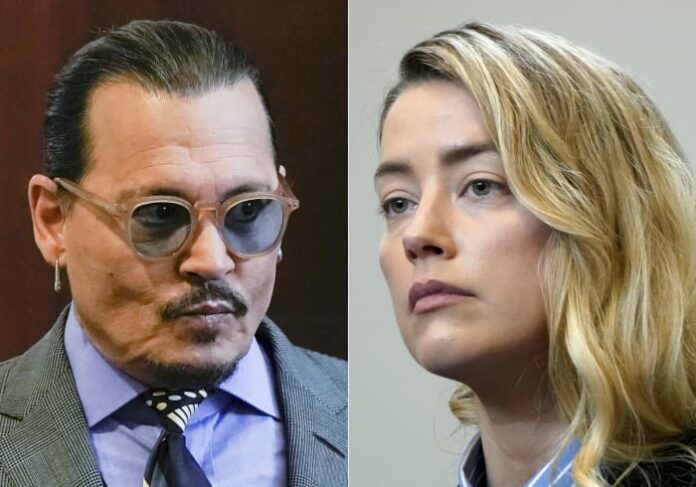 FALLS CHURCH, Va. – Johnny Depp surrounded himself with an entourage of enablers to shield him from the consequences of his drug and alcohol use, his ex-wife Amber Heard testified Thursday.

Heard was back on the witness stand to defend herself against her ex-husband’s libel allegations.

Depp is suing Heard for libel over an op-ed she wrote in The Washington Post describing herself as “a public figure representing domestic abuse.” His lawyers say he was defamed by the 2018 article even though it never mentioned his name.

Heard told jurors about photos she took of Depp starting in 2013 in which he was passed out. She said she took the photos because Depp couldn’t remember what he’d done when he was drunk, and denied what had occurred while he was blacked out.

“He wouldn’t remember, or he would deny it. There was no one to back me up,” she said.

Heard has testified that she was physically and sexually assaulted on multiple occasions by Depp, typically when he was drunk or high on drugs. Depp has denied ever hitting her, but Heard’s lawyers have said his denials lack credibility in part because he can’t remember what he’s done when he blacks out.

Depp has said Heard greatly exaggerates his drinking, and that he tolerates his liquor well. Friends, family and employees of Depp have taken the stand and backed up his contention.

But Heard said that’s part of the problem: She said Depp has a team around him that cleans him up when he gets sick, and enables him to go about his business without acknowledging the consequences of his drinking.

Heard is expected to be on the stand all day Thursday in Fairfax County Circuit Court.