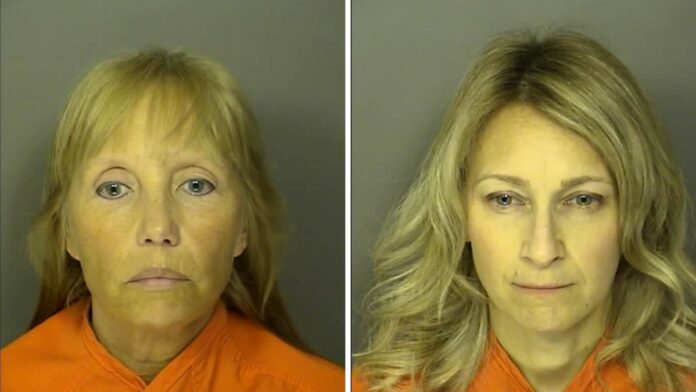 HORRY COUNTY, S.C. (WMBF) – Two Horry County Schools educators are in jail after an alleged incident with a child.

According to a redacted incident report released to WMBF News by Horry County police, an unnamed witness reported observing McColgan putting six children under her care in harm’s way.

The statement alleges MColgan hit three male students in the head after telling them to “get their heads off the table.”

“I heard the smacks that Grace implemented on the children from the table where I was standing, which was about 6 feet away,” the statement reads.

The witness said McColgan “smacked” the back of their heads two different times that day.

The witness reported there were always three adults present and they were never alone with McColgan in the classroom.

Additional incidents reported include witnessing McColgan rub hand sanitizer in a child’s open wound; dumping a child out of a chair causing them to fall to the floor; and leaving a child in the bathroom with the light off for an unreasonable amount of time because the child didn’t request for the light to be turned on.

HCS says McColgan was placed on administrative leave on October 11. She has been employed with Horry County Schools since August 2020.

Schroyer is charged with failing to report a child neglect allegation to the appropriate entity as a mandatory reporter from the 2021-2022 school year incident.

Schroyer was placed on administrative leave on Tuesday pending the outcome of the investigation. She has been employed with Horry County Schools since 2001 and has been the principal at Ocean Bay Elementary School since 2016.

“At this time, we cannot discuss further the details of this matter out of respect for due process, student privacy rights, employee privacy rights, and law enforcement’s ongoing investigation. Horry County Schools will continue to cooperate with the Horry County Police Department during their investigation. Mark Porter, Executive Director for Elementary Schools, will be providing oversight for Ocean Bay Elementary School. Mr. Porter is an experienced school leader who has served for over fifteen years as a former principal and eight years as a district administrator with Horry County Schools.”

Both educators are currently in the J. Reuben Long Detention Center.

Bond hearings are scheduled for 3 p.m. on Wednesday, according to the public index.