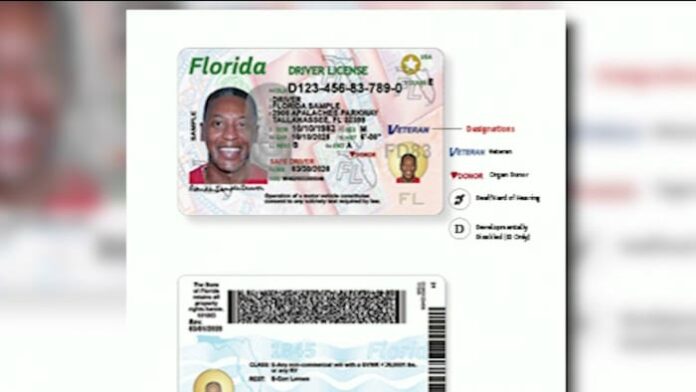 ORLANDO, Fla. – After a chase and confrontation on a North Carolina highway in 2016, a trooper ended up shooting and killing a driver who was hearing impaired. The trooper was later cleared but still the Florida legislature took action, passing a law that helps drivers in Florida avoid any potential miscommunication.

Now you can immediately tell an officer if you’re hearing impaired with a stamp on your license.

Florida Highway Patrol Lt. Tara Crescenzi has had several roadside encounters where she could’ve benefitted from knowing the driver had a hearing impairment.

Recently, she assisted a hearing-impaired elderly driver after a crash.

“When I first walked up to the car, I had someone distraught and upset,” Crescenzi said. “So when he was having a communication barrier – he was hard of hearing – I thought right then I had to get his attention and speak to him differently. Because once I approached the vehicle he was still inside the car and I could tell obviously traffic is going by, it’s loud, he’s distraught, we need to get to safer spot.”

Crescenzi, through her training, was eventually able to communicate to the driver that he needed to move his car off the road and even obtained his permission to move his car for him.

Now, under Florida law, that man and anyone else who has a hearing impairment can put that designation on their driver’s license or registration.

The designation shows the cardholder is deaf or hard of hearing.

“And this is going to be a great tool for us because when we approach the vehicle, if someone points at it on the front of their driver’s license, that will key to the officer this person is going to need resources for helping with communication,” Crescenzi said.

Crescenzi said all troopers are trained to recognize a hearing impairment and react to it during a traffic stop or crash. Troopers will speak slower, look directly at the driver, guide them to quieter place, even write instructions on their note pad.

Troopers can see the hard of hearing symbol on a registration when they run a tag or on a driver’s license when a driver hands it to them.

When you renew your license or registration, either online or in person, all you have to do is check the box to indicate you are deaf or hard of hearing.

What is the potential if law enforcement approaches a vehicle and doesn’t know the person is hard of hearing?

“It could become a conflict, we might think they’re ignoring us or not trying to give us information like license, registration or insurance,” Crescenzi said.

However, troopers don’t always have an opportunity to run a license plate at a crash scene or traffic stop, especially if they feel they need to approach a car quickly, so they wouldn’t see the hard of hearing symbol on a registration.

So Crescenzi said if you put the hearing impairment designation on your license, make sure to show it to a law enforcement officer and point to it immediately during your first interaction with the officer.

The designation is also helpful in any other situation when interacting with people, like at a store or airport.