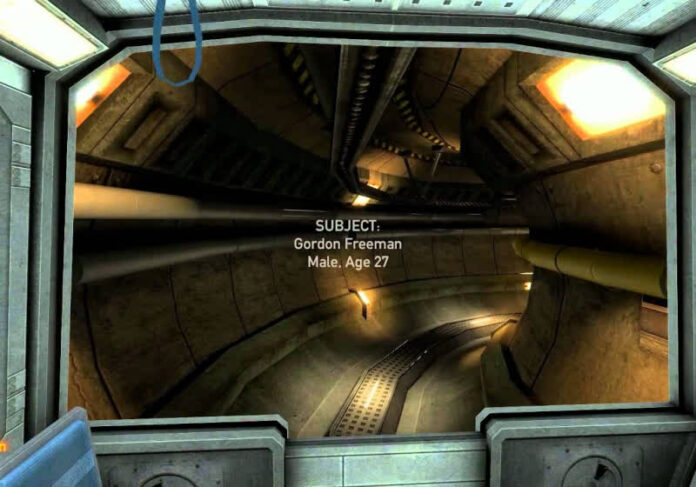 Recap: Half-Life features one of the most iconic and recognizable openings of any video game. The five-minute tram ride through the Black Mesa facility was unlike anything up to that point in a first-person shooter. There were no guns, no chaos and no enemies to fight. You just sat there and looked around as the game did the initial world-building for you.

And who can forget the female voice over the loudspeaker, relaying useful information like the temperature and inviting you to recruit your friends to work at Black Mesa.

That voice was an integral part of the entire experience, and one that has been revisited in a hilarious way.

A Twitter user recently created a mod that replaces the intro tram voiceover with the text-to-speech voice made popular by TikTok. You know the one – that overused female voice that accompanies virtually every video on TikTok.

As annoying as the voice is, it works surprisingly well in the context of the game environment.

Fun fact – the security guard seen on the left platform at the beginning of the Half-Life intro video is Barney Calhoun, a playable character in the Blue Shift expansion pack that launched some seven years later.

Found is a TechSpot feature where we share clever, funny or otherwise interesting stuff from around the web.