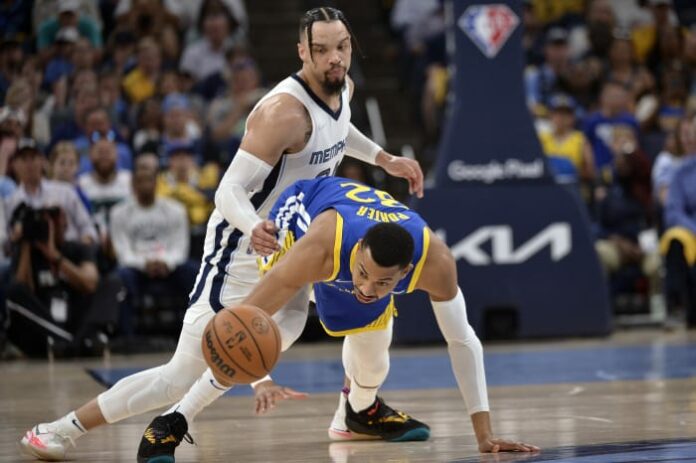 MEMPHIS, Tenn. – Memphis forward Dillon Brooks was ejected for a flagrant foul on Warriors guard Gary Payton on Tuesday night in the opening minutes of Game 2 in their Western Conference semifinal.

Payton was going for a layup when Brooks chased him down and swung his arm, hitting the Warriors guard in the head. Payton went down and immediately grabbed at his left arm with 9:08 left in the first quarter. Officials reviewed the play and quickly ruled it a Flagrant 2, sending Brooks to the locker room.

Brooks missed his first three shots after going 3 of 13 in Game 1. Brooks said after shootaround earlier Tuesday that he knew Memphis likely would’ve won the opener if he shot better.

Brooks is Memphis’ top perimeter defender, and his job in Game 2 was to defend two-time NBA scoring champ Stephen Curry.

Payton missed the first free throw, made the second. Then he went to the locker room.

Then Draymond Green went shortly after to the locker room after he appeared to be elbowed in the face. Green, who was ejected just before halftime of Golden State’s win in Game 1, went down under the basket soon after Brooks’ ejection. As he walked to the locker room during a timeout, Green flashed the middle finger on each hand at the fans.