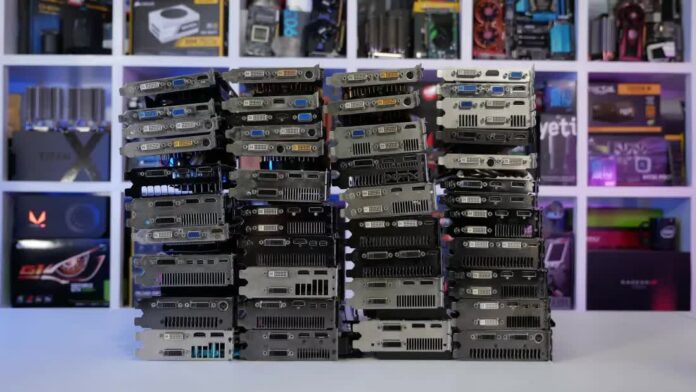 Why it matters: Great news for those looking to upgrade their graphics cards to the latest generation of products. Prices of GPUs in Germany and Austria have fallen to their lowest ever points of 12% (AMD) and 19% (Nvidia) above MSRP, a trend we’re also seeing in other parts of the world.

The latest report from 3D Center, which has been collecting GPU price and availability data from German/Austrian retailers since January 2021, shows the average selling prices for the RTX 3000 series and Radeon RX 6000 line have both reached their lowest points.

Usually, anything selling over its MSRP isn’t news to celebrate, but it feels like forever since graphics cards were this close to their recommended retail prices. Things were at their worst back in May last year, when the RDNA 2 cards were more than double MSRP and Ampere products were three times higher than they should have been. We’ve seen a steady decline in prices since December, reaching the current low yesterday.

And it’s not just pricing that is improving. 3D Center has for the first time awarded every Nvidia card a 5/5 rating for availability. AMD, meanwhile, has three cards with this distinction—the 6900 XT, 6700 XT, and 6600 XT—and three others with 4/5. Only the Radeon 6800 has a 3-star availability rating.

News of graphics cards hitting a low comes at a welcome time, especially as we just heard that Ethereum’s long-awaited move from proof-of-work to proof-of-stake will now arrive a few months after the previous June date. That could keep ETH high, but when the switch does happen, we should see graphics card prices and availability get even better, reaching the now-mythical MSRP (or lower) sometime this year.

Soon you won’t need to sell a kidney for one

Additionally, Nvidia recently announced its “Restocked and Reloaded” campaign with some great bargains on RTX 3000 GPUs, many of them close to MSRP.

The GPU market will get more interesting once Intel’s desktop Arc graphic cards, the RTX 4000 series, and RDNA 3 get here in a few months. There’s also the RDNA 2 refresh arriving this week. Conversely, they’re reportedly already selling for way above MSRP.