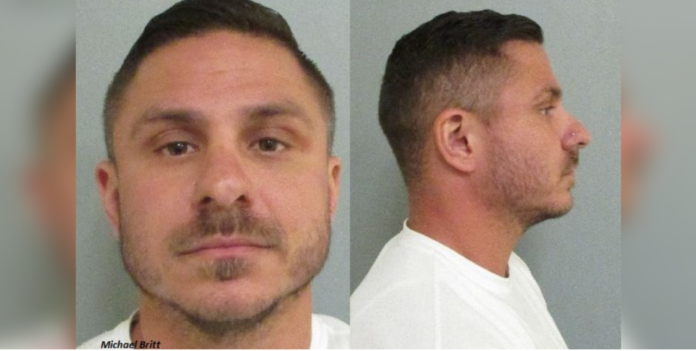 A Gonzales police officer who resigned this month after he was accused of beating his estranged spouse had allegedly bragged that he would get away with the abuse, deputies say.

The WBRZ Investigative Unit learned Michael Britt, who previously worked at the East Baton Rouge jail, was arrested this past week for violating a protective order and domestic abuse battery involving child endangerment.

The victim filed a criminal report in October detailing at least four different instances of abuse and showing investigators pictures of her injuries. The report included claims that Britt repeatedly kicked the victim in the groin and detailed another incident where he shoved her onto a bed while she was holding her child and choked her.

The victim told investigators that she’s been in a “violent relationship” with Britt for over a decade. When asked why she waited to report the abuse, she told investigators it was because she felt “stuck in her situation” and that Britt told her nothing would happen because “cops have gotten away with domestic violence and he would too,” deputies wrote in arrest documents.

Britt was previously served a protective order that prohibited him from contacting the victim about anything other than their children, records said.

Investigators said they also obtained text messages sent to the victim which violated the protective order.