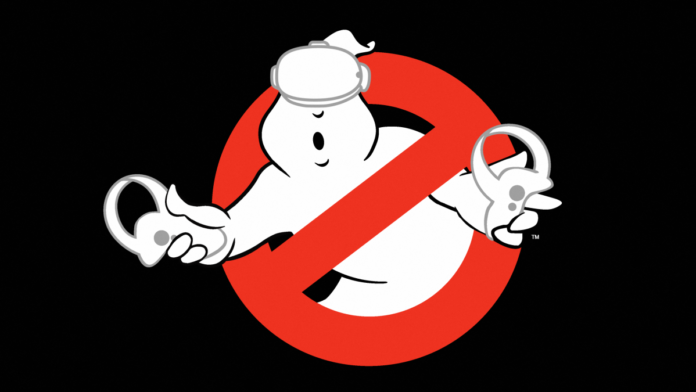 We’ve been a bit spoilt when it comes to Ghostbusters games lately. We’re getting Spirits Unleashed, an asymmetric 4v1 multiplayer game where one of you plays as the ghost, and soon, Ghostbusters VR.

Even though I wouldn’t describe myself as a Ghostbusters superfan – I didn’t even watch the original films until I hit college – there’s something incredibly exciting about the prospect of busting ghosts in VR.

Revealed as that classic “one last thing” tease during this year’s Meta Gaming Showcase, we don’t have a lot to go on yet beyond a cinematic teaser trailer. Arriving on Oculus Quest 2 (or rather, Meta Quest 2), the game takes us to San Francisco with a new team, trapping ghosts alone or with three friends for campaign co-op. There’s no gameplay footage right now, but the premise at least has me cautiously optimistic.

I say cautious because I’m not forgetting Sony’s previous venture, Ghostbusters VR: Firehouse and Showdown, back in 2018. Both fan and critical reviews widely hated it, calling it too short, overpriced, and pointed out the game’s limited interactivity. Not uncommon criticisms for early VR games, but if you were interested in trying it for yourself… you can’t. It’s been delisted on all digital stores with no physical copies available, so it’s (legally) lost forever. It’s a ghost, if you will.

However, I’m a lot more confident that Ghostbusters VR will be more successful. For one, the game is being developed by nDreams, who brought us the excellent Fracked on PSVR last year. Secondly, modern VR technology has made significant strides since those formative years, almost a decade ago. I’m not oblivious to where VR could improve; motion sickness and accessibility remain significant barriers of entry, but there’s plenty of areas where VR excels.

Much of Ghostbusters VR’s promise comes down to the tech, of course, and VR’s biggest strength has always been immersion. Thanks to the head-mounted display (HMD), we’re not just watching the action unfold on a TV or monitor, we’re placed directly inside a game’s world. Factor in motion controls for capturing ghosts too and we could finally feel like we’re part of the action that played out in the films, at least potentially.

By placing us directly into the shoes of your own original Ghostbuster, nDream’s upcoming adaptation could bridge the gap that’s inevitable when viewing 2D content. After all, how many of us dreamed of being Ghostbusters as kids? Nostalgia often gets exploited in modern gaming but if nDreams pulls it off, this could be something special.

Could we see a PSVR 2 release?

So far, Ghostbusters VR has only been confirmed for the Meta Quest 2, which is no surprise as Meta’s dominating this space right now. There’s no word on PC or PlayStation VR 2 ports yet –  and let’s face it, the original PSVR is too old hat to be in consideration. However, with Sony Pictures Virtual Reality publishing Ghostbusters, a PSVR 2 release does seem likely. Quality issues aside, Ghostbusters: Firehouse and Showdown previously appeared on PSVR and PC, so we certainly wouldn’t rule Ghostbusters VR out.

Just imagine if it were to launch alongside Horizon Call of the Mountain? For more casual players who perhaps don’t know VR that well, but recognize more broader IP, it would definitely be an appealing proposition. Factor in other rumored games like Half-Life: Alyx and Among Us VR, and Sony could be on to a serious winner.

Many consider Ghostbusters: The Video Game the peak of gaming adaptations, but I genuinely believe Ghostbusters VR will surpass it. Sure, VR remains relatively niche and it’s certainly not for everyone, but by putting us into the shoes of a Ghostbuster, taking down apparitions with our friends, there’s a level of immersion that traditional gaming simply can’t match. It’s early days, of course, but right now, I’m very excited to see what this delivers.