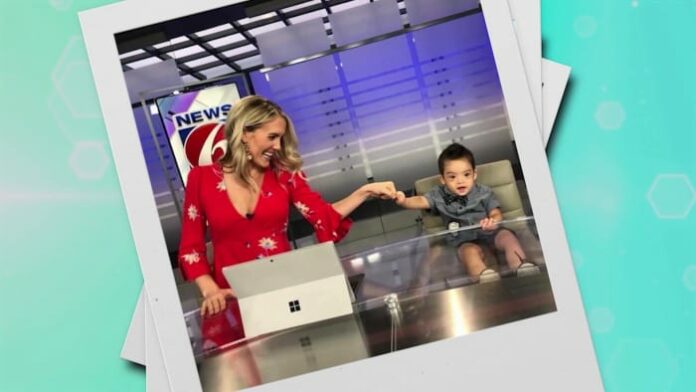 ORLANDO, Fla. – And by Crystal, we mean Crystal Moyer (what were YOU thinking?!).

This week’s episode of the new News 6+ show “Getting Better with Kirstin O’Connor” features News 6 Insider Crystal Moyer. For those of you not in the know, each and every day, Crystal does what we would call positive and uplifting stories as our Insider guide.

“What’s great about my job right now as the Insider guide,” Moyer told O’Connor. “It’s fairly new and I’ve been able to meet a lot of people in the community and been able to do a lot of behind the scenes of what’s going on in the newsroom.”

In the interview with Moyer, O’Connor brought up the point that one of the biggest criticisms she hears from viewers is, “Why don’t you do any good news?”

Moyer’s response: “We are getting the good news out there!” And she added, “This is what I do every day.”

For this week’s show, Moyer picked two of her favorite stories to highlight: a recent profile of Dennis Winston, a mailman who has a special bond with the residents of Colonialtown, and the story of Stacy Yildiz, a mom of two who recently wrote a children’s book to get kids to understand autism.

Moyer’s positive, community-based stories have been a hit with viewers and re-enforces the News 6 Getting Results brand.

“A lot of the stories that I do come straight from our viewers and Insiders,” Moyer told O’Connor during the show. “I get to go into the community and tell the stories people are dying to hear!”

In addition to the community-based, positive stories, Crystal also fronts pieces from Consumer Reports and has presented a variety of “how to” stories. The Insider guide also hosts a variety of contests and giveaways.

“In the past we’ve given away tickets to Rockville in Daytona Beach, four-packs of tickets to zoos and water parks, and a chance to see Garth Brooks’ recent Orlando concert,” Moyer said.

O’Connor brought up that a lot of people don’t know Crystal is a one-man band: she researches, shoots, writes, and edits all of her stories … on her own.

“For over 10 years I’ve been an MMJ or multi-media journalist,” Moyer said. “When I show up, it’s me. I have the gear, I have the camera, I have the tripod, the microphones – I do it all… I have total creative control because I’m the only one out there.”

If you haven’t signed up (it’s free!), you can do so on ClickOrlando.com/insider.