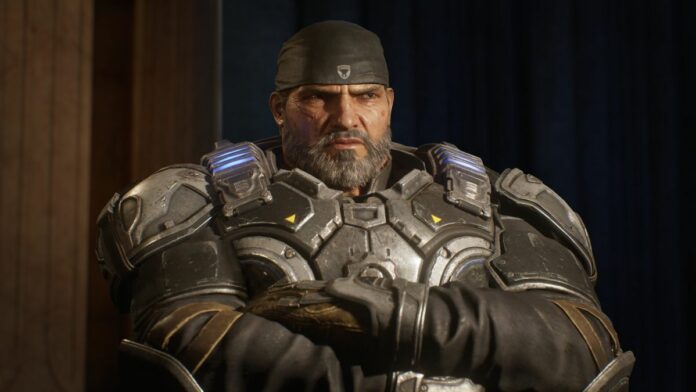 Development studio The Coalition has said it will be removing Gears 5’s Map Builder feature from the game, as the team moves on to focus on other projects within the studio.

The Map Builder let you create custom levels for Gears 5‘s Hive Escape game mode, which sees you and up to two other buddies race through a Swarm Hive, fight the enemies inside, and try to escape before a bomb detonates.

Using the Map Builder, players were able to create their own custom Hives to play in single-player or multiplayer. The feature offered a granular level of customization, letting you create entire maps by stitching together individual room tiles, which ranged from simple square spaces to large curved corridors, to massive hallways split into varying sections.

You could distribute enemies across the map, as well as tweak their types and combinations to alter the challenge. Resource and ammunition supplies could also be placed around the Hive, damage multipliers applied, and the detonation time tweaked for more furious or relaxed playthroughs.

Two achievements related to the level builder – I Made it All By Myself and Homegrown Hive – will now be awarded to all Gears 5 players automatically, since they’ll soon be impossible to unlock. That’ll please any achievement hunters keen to reach that 100% completion mark.

To unlock the achievements, The Coalition says you’ll just need to install the latest Gears 5 update, which is now live, reboot the game, and they’ll appear automatically. If you’ve already unlocked those achievements, you’ll receive an exclusive Gears 5 multiplayer banner and 10,000 coins as compensation.

The Coalition didn’t specify what its next project will be, but it likely won’t be set in the Gears of War universe. A LinkedIn post from 2021 suggested the studio is working on a brand-new IP.

Gears 5 fans will be disappointed to hear that its Map Builder is being removed, rather than simply ‘no longer supported’. It’s likely this decision from The Coalition was made out of practicality. As the development team moves on to other projects, it’ll unlikely be able to dedicate enough resources to support user-created content in Gears 5, prompting it to sunset the feature entirely.

Given the level of active moderation that’s required to host user content, it’s often easier for development studios to completely disable the services when they can no longer run them, rather than partially maintain them.

Even without the Map Builder, the rugged third-person shooter is still worth a play. In our Gears 5 review, we said it was “the best we’ve seen the series to date and cements Gears of War’s place as arguably the greatest shooter on the market”.

“It’s hard to find a title with sleeker shooting mechanics, more multiplayer modes, adrenaline-pumping firefights and a campaign that has you enthralled from start to finish.”