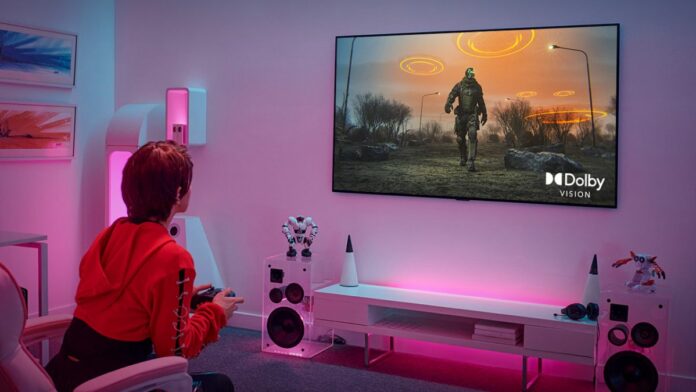 For gamers, the LG C2 OLED is currently one of the best TVs you can buy, but that could change later this year when TV chip maker MediaTek releases its Pentonic series chips.

According to MediaTek, its new chips will enable [email protected], ALLM, VRR, and reduced latency in Dolby Vision mode – a marked improvement from what we have now – and should be available to distribute starting in the second half of 2022.

Considering that MediaTek supplies chips to more than 60%  of all TVs worldwide – including those from Samsung, Sony, Panasonic, and Philips – chances are good that we’ll start to see more TVs with that improved Dolby Vision capabilities pop up starting later this year and early into next year from those manufacturers.

Well…OK, maybe not Samsung who has thus far remained resistant to implementing Dolby Vision on any of its TVs, but all the rest are real possibilities.

Analysis: Now all we need is PS5 to adopt Dolby Vision

While internal TV hardware is partially to blame for gamers’ inability to play games in Dolby Vision, the other major culprit is the consoles themselves: as it stands, only the Xbox Series X and Xbox Series S currently support the standard – PS5 hasn’t joined in yet.

That could change when MediaTek’s new chipset arrives and Sony sees the potential in integrating Dolby Vision into the PS5… or not. It’s hard to say what Sony will think six months from now.

If it doesn’t, however, at least Xbox gamers would have more choices in terms of Dolby Vision-compliant televisions – and that would still be a big win for gamers everywhere.