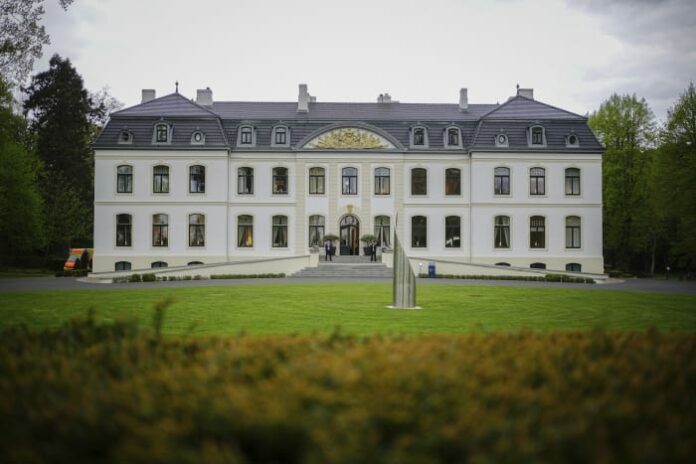 WEISSENHAUS – The European Union is giving Ukraine another 500 million euros ($520 million) to buy heavy weapons to fend off the Russian invasion, the bloc’s foreign affairs chief said Friday at a gathering in Germany of top diplomats from the Group of Seven wealthy nations.

Josep Borrell, the EU’s high representative for foreign policy, said he was also hopeful of getting the bloc’s member nations to agree to an oil embargo against Russia soon, despite misgivings from some countries.

“We will provide a new tranche of 500 more millions to support the military of Ukraine,” Borrell told reporters ahead of the G-7 meeting in Weissenhaus, on Germany’s Baltic Sea coast. The funds would be allocated for the purchase of heavy weapons and take the EU’s total financial support for Ukraine to 2 billion euros ($2.1 billion), he added.

EU diplomats are scheduled to hold talks Monday on a possible embargo of Russian oil. Hungary has resisted the move because of its heavy dependence on Russian imports, but Borrell expressed optimism.

“We need this agreement, and we will have it,” he said.

“We have to understand the specific circumstances of every one of the 27 member states,” he added. “But if there is not agreement at the level of the ambassadors Monday, the ministers, when they gather for the Foreign Affairs Council, they have to provide the political impetus.”

Borrell said it was important for the G-7 meeting to present a “united front” – a sentiment echoed by British Foreign Secretary Liz Truss.

“It’s very important at this time that we keep up the pressure on Vladimir Putin by supplying more weapons to Ukraine and by increasing the sanctions,” she said. “G-7 unity is vital during this crisis to protect freedom and democracy.”

Among the issues on the agenda in Weissenhaus is how to unblock millions of tons of grain stuck in Ukraine, a major agricultural exporter, that are urgently needed to ease food shortages around the world.

Ukrainian Foreign Minister Dmytro Kuleba and his counterpart from neighboring Moldova, Nicu Popescu, were invited to attend the meeting as guests.

About 3,500 police officers were deployed at the event site northeast of Hamburg to provide security.