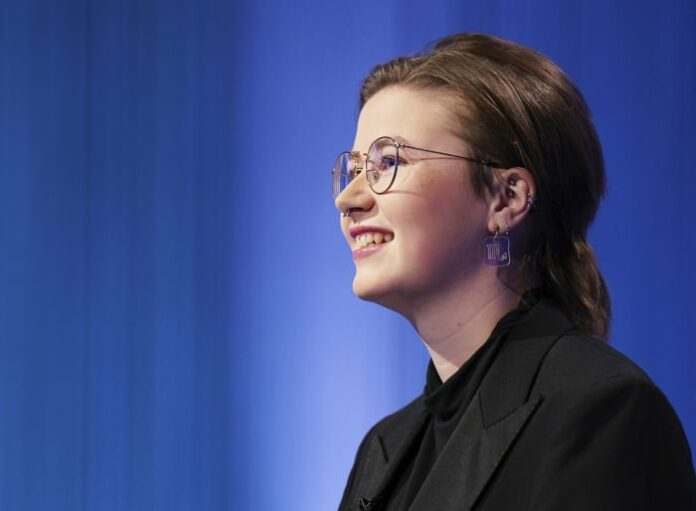 The latest long-time champ on “Jeopardy!” has seen her winning streak end at 23 — by a single dollar.

Mattea Roach, a tutor from Toronto, saw her winning streak end at 23 — by a single dollar.

Roach earned $560,983 during her run on the game show. She’s has one of the five longest winning streaks in “Jeopardy!” history, but didn’t come close to Ken Jennings’ record of 74 consecutive wins.

Danielle Maurer, a marketing manager from Peachtree Corners, Georgia, beat Roach on Friday’s show by a margin of $15,600 to $15,599.

Unlike her second-to-last match, Roach went into the final question with the lead Friday. But the Final Jeopardy question was about the name of Atlanta’s airport, right near where Maurer lived.

The category was USA, and the clue was: “These two mayors gave their names to a facility built on the site of an old racetrack owned by Coca-Cola magnate Asa Candler.”

The correct response was: “Who are William Hartsfield and Maynard Jackson?”

Roach was wrong, Maurer was right, and she bet enough to win.

“It feels still kind of like a dream,” Roach said. “I really came down here hoping to maybe win one game and so I still can’t believe it. You know, it’s strange, obviously I didn’t come through in the last one, but I still feel so happy and so lucky to have had this experience.”

Roach will return to compete in the game show’s Tournament of Champions this fall. Among her challengers will be Matt Amodio and Amy Schneider, who are also in the “Jeopardy!” top five of longest winning streaks for their work this year.