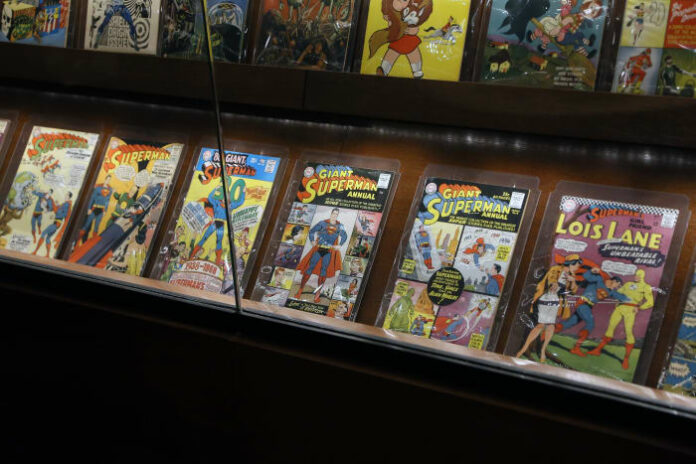 ORANGE COUNTY, Fla. – Free Comic Book Day — an annual comics celebration on the first Saturday each May — will be making a return this weekend after its 2021 cancelation due to COVID-19.

As the holiday’s name suggests, participating outlets will be giving away free comic books to customers — in addition to many other comics-related promotions.

But what can you expect from the holiday? And where can you go to participate?

News 6 reached out to multiple comics stores in the area to find out how they were planning to get involved.

Jacob McGee, a representative from Comic Central in Sanford, said the store will have 50-60 free comics available to anyone who stops in, including previews for the upcoming Marvel “Judgment Day” and D.C. “Dark Crisis” comic series.

The store is also planning promotional deals for customers, such as selling five comic books for $10, McGee said. According to him, it’s “designed to help small businesses” in the region by making comics more accessible to readers.

Blackbird Comics & Coffeehouse, a shop based out of Maitland, is planning to put together a “Dollar Sidewalk Show,” where passers-by can pick up comics located outside the store for $1 per comic, a representative from the store said.

According to the store, there will also be a raffle available, in which customers can potentially win a Loungefly-brand backpack or other assorted goods. The shop added that a “Blind dates with books” event will be on display where customers can pick up books from a table in the store.

The catch? Books are covered up with brown paper bags with only a description of the book on the outside to give readers an idea of what the comic is about.

ACME Superstore, another comics shop located in Longwood, will be offering 25 free comics to each visitor from a range of more than 60 titles with no duplicates, according to the store’s manager, Larry Jorash.

In addition to the free comics, the store is also planning an early-bird special for customers who drop by between 9 a.m. and noon for reduced prices on certain books.

Jorash said the holiday is “one of the busiest days of the year,” with plenty of opportunities for readers to grab new titles and discover series they might enjoy. He also said the holiday is a great way to start off before MegaCon later this month, where he plans to hold a booth for his store.

Brian McCray, manager of Friendly Local Game Store (formerly Sci-Fi City) in Orlando, said his approximately three-month-old store will also have plenty of great deals for visitors, including 20% off paperbacks and back-issue comics at $1 per comic.

A Comic Shop (yes, that’s the name) posted to their Facebook page that they will be giving out five free comic books and five free back-issue comics of choice to attendees who come by the shop.

Brendan Boyle, owner of Altamonte Spring’s The Collective: A Comic & Game Community, said that his store — in addition to the free comics — is planning to have a food truck at the event with several other attractions.

“It’s always the big event,” Boyle said. “It brings out a lot of people.”

Boyle said his store will be teaming up with artists to help celebrate the industry, such as a balloon-bender who specializes in making superheroes and several talents to perform sketches for attendees.

Free Comic Book Day will be held on May 7 at participating stores in the region. For a full list, check out the event website here.