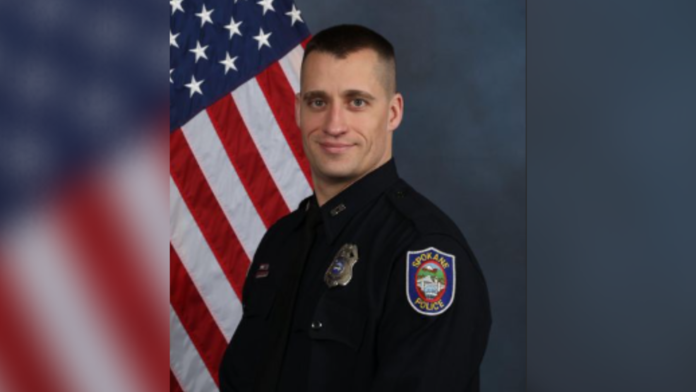 A former Spokane Police Officer convicted of rape has been sentenced to 172 months (14 years, 4 months) to life in prison.

The investigation into Nash began in October 2019 after the Spokane County Sheriff’s Office Sexual Assault Unit (SAU) received information from Spokane Police Department Officials after they received the complaint from the original victim. A second, unrelated victim also came forward and identified Nash, who at the time was employed as a Spokane Police Officer.

In late October of 2019, the Spokane County Sheriff’s Office conducted a separate and unrelated investigation, resulting in Nash being arrested and booked into the Spokane County Jail for Rape 2nd Degree and two counts of Official Misconduct in November 2019.

Nash was later released on his Own Recognizance by the court. Nash pled not guilty to these charges and was subsequently terminated by the Spokane Police Department.

Although these cases are unrelated, both investigations stemmed from allegations made by victims Nash met when he responded to calls where they were reporting as victims initially. Both sexual assault victims claimed Nash responded to their original calls and later responded to conduct “follow-up” and document injuries. The victims stated the sexual assault occurred at this time. During these “follow-up” contacts, Nash reportedly responded alone.

Due to the Rape convictions, Nash must appear before the Washington Indeterminate Sentencing Review Board before he can be released. If released, he will be required to register as a sex offender for the remainder of his life.