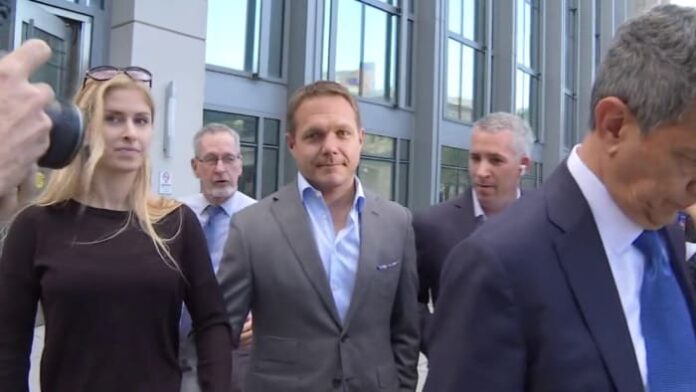 Amid a hot housing market in which homes are snatched up in a matter of days and often go for over asking price, former JEA Chief Executive Officer Aaron Zahn, who has been indicted on charges of conspiracy and wire fraud, has sold his Duval County home for nearly $2.4 million, which was slightly below asking price but over $1.1 million more than what it was purchased for about three years ago, according to Zillow.

Just a few weeks before Zahn was indicted in March by a federal grand jury, he and his wife listed their Jacksonville Beach home for sale for $2.95 million.

On Monday, Zahn’s attorneys filed a motion asking for permission for him to relocate. They have to file this motion because a condition of his release on bond is that he has to remain at the address provided to the court, and can’t change without prior permission.

It says they’re closing on a new residence somewhere within the Middle District of Florida — technically anywhere between Jacksonville and Fort Myers. The exact address has been provided to the court, according to the motion. They expect to move in on or before June 10.

Realtor.com shows exterior photos of the 7,371-square-foot house, which was built in 2005 and has six bedrooms and six and a half bathrooms. The latest listing boasts that the 1.5-acre marsh-front property overlooks the Intracoastal and includes a gourmet kitchen with a 12-foot island, a walk-in wine cellar, a full bar and dual master retreats on both levels.

Duval County property records show they bought the house in early 2019 for $1,182,000, meaning the Zahn stands to make a profit of nearly $1.2 million.

Lawyers for two former JEA executives said they plan to push for a change of venue and asked for a trial date next year. The lawyers said they would prefer a trial in May 2023 because they have an enormous amount of evidence to comb through. One of the lawyers for Wannemacher said the charges should be dismissed because immunity was granted to him by the city council committee that investigated the JEA sale process.

A federal prosecutor asked for a slightly earlier date of March 2023. But the judge made no decision on a date on April 19.

The case stems from a proposed sale of the city-owned utility and allegations of an attempt to take millions in personal profits through a controversial bonus plan, which would have cost taxpayers hundreds of millions of dollars.

Wannemacher’s lawyer argued that testimony during the city’s investigations of the JEA sale can’t be used in the trial because he was given certain legal protections under what’s called Garrity Rights, suggesting the indictment against his client should be thrown out. A federal prosecutor disputed that claim.

Federal prosecutors said 30 witness subpoenas have been issued, including to employees of NextEra Energy, the parent company of Florida Power & Light, which was prepared to pay $11 billion dollars for JEA.

Lawyers said they plan to file multiple motions in the coming weeks, including one to move the trial out of Jacksonville –saying pervasive media reports about their clients have tainted potential jurors — and another motion asking for separate trials for Zahn and Wannemacher.

Zahn and Wannemacher, who are both free on bond and have surrendered their passports, entered not guilty pleas a day after federal prosecutors unsealed the indictment.

If convicted on all counts, Zahn and Wannemacher each face up to 25 years in federal prison.